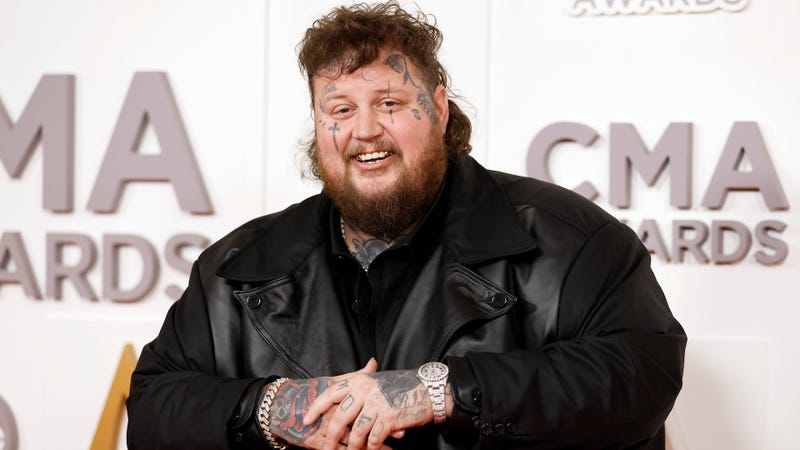 Rocker-turned-Country star, Jelly Roll, has officially reached the top of the Country charts with his debut single, “Son of a Sinner,” and he’s promising there’s more where that hit came from as he readies to release a new album and solidify his space in Country music.

Jelly’s plan to do just that is already in motion as he’s released his second single to Country radio, “Need A Favor.”

“I didn’t want to come back to Country radio with another sad, slow song,” he said of the new single. “So I came back with a sad, mid-tempo song,” he laughed before teasing he might make it to a “sad, up-tempo tune” by the end of the year.

The 38-year-old is currently hard at work on his debut Country album which will feature both “Son of a Sinner” and “Need A Favor” and will release some time in April or May according to the Nashville native.

As he puts finishing touches on the project, he is also readying to support Eric Church on the road for select dates on the recently-revealed Outsiders Revival Tour. The tour kicks off June 22 and continues on with 25 additional shows across various markets before wrapping September 30.

Also set to support on the tour is Ashley Bryde, a fellow Rock-style Country artist Jelly has his eye on for a dream collaboration.

“I think Jelly Roll and Ashley McBryde could write something just absolutely sick,” he said when asked what artists he has a desire to collaborate with. He also shouted out Sturgill Simpson and Tyler Childers as dream collabs, both of whom he’s never met before.

Looks like 2023 could shape up to be another big year for the Nashville native — we look forward to seeing where Jelly’s genre-bending influences, larger-than-life personality and big dreams land him next.