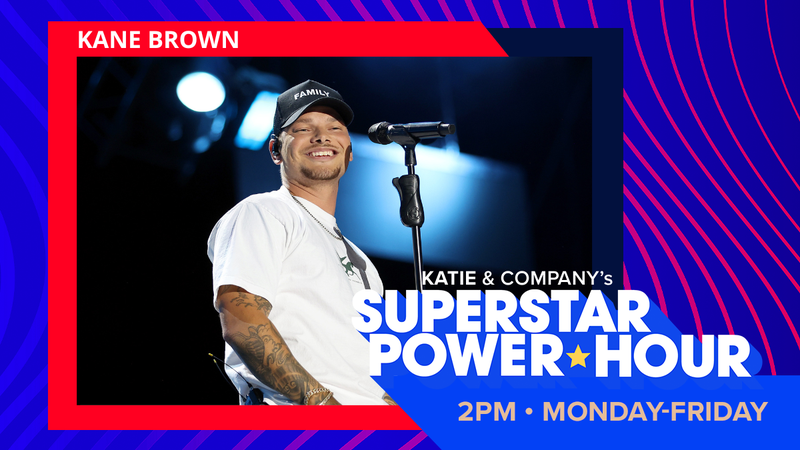 Audacy's Katie Neal welcomes Kane Brown to our airwaves as this week’s co-host for the Superstar Power Hour on all your favorite Audacy Country stations nationwide.

With his current single, “Like I Love Country Music,” climbing the Country charts, Kane Brown is clearly giving fans what they want with the 90s inspired tune embellished with his Georgia twang.

Going all-out for the music video, Kane showed fans a fun-side to his 90s Country-loving personality with some line dancing, an epic honky tonk, Country fashion and of course — a few whiskey shots. Check it out!

The song is one part of Kane’s forthcoming album, Different Man, arriving September 9.

Hear more about Kane’s new music, family life and the latest stories about his golf game by listening to The Superstar Power Hour with Katie & Company every weekday from 2PM - 3PM on your favorite Audacy Country station!