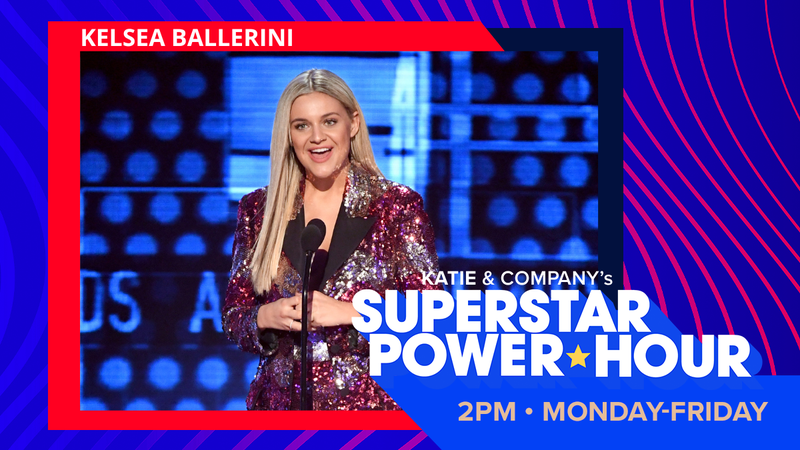 Audacy's Katie Neal welcomes Kelsea Ballerini to our airwaves as this week’s co-host for the Superstar Power Hour on all your favorite Audacy Country stations nationwide.

Kelsea Ballerini is readying to release her fifth studio album, Subject To Change, September 23 and anticipation is at an all-time high.

The project is inspired by ‘90s Country and some of Kelsea’s biggest idols including Faith Hill, Trisha Yearwood and Shania Twain, who she recently honored at ACM Honors with a performance of "Man! I Feel Like A Woman.”

While she says fans can expects the album to be her breeziest sounding thus far, the 29-year-old says it still has depth and feature life lessons learned in the final years of her twenties.

Hear more about what to expect from the new album and what else Kelsea has going on by tuning in every weekday from 2PM - 3PM on your favorite Audacy Country station for the Superstar Power Hour.