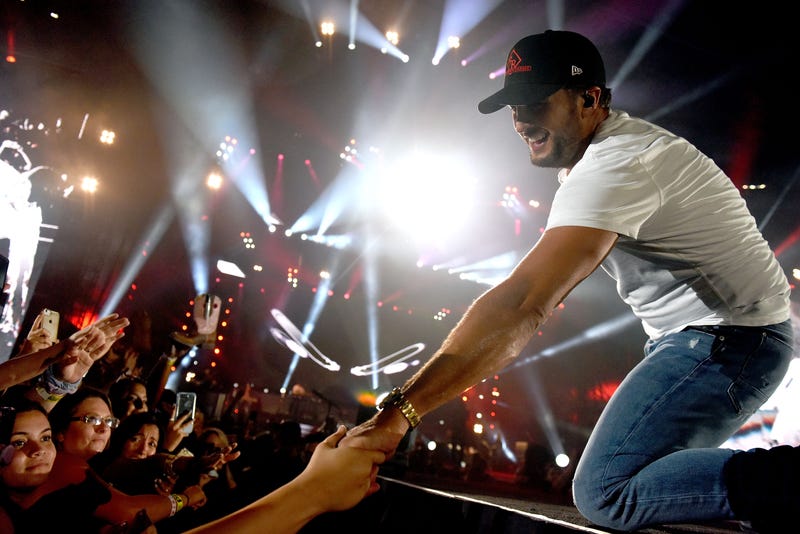 Luke Bryan helped unite a family like never before over the weekend during his tour stop in Hartford, CT.

After spotting a fan holding up a t-shirt for him mid-show, Bryan took the shirt and un-folded it while reading what it said to the thousands of fans before him.

"It says, 'Hey Luke, I want to adopt my stepson Michael. Can you help me ask him?'"

The crowd cheered as the stage camera panned to the father-son duo, capturing the special moment. Luke passed over his microphone so the crowd could hear Michael’s emotional acceptance before he buried his head, crying.

"That's the coolest thing I've ever watched right there, y'all," Bryan said in reaction to the special moment. "Michael, you got a good dude standing right there behind you, buddy. That's awesome. Congratulations, y'all."

The moment was most-definitely one Luke will remember as he is the father of three adopted kids himself.

The big, happy family could be seen on the road over the weekend helping Luke celebrate his 45th birthday on his Proud To Be Right Here Tour with a dance party, cake and piñata full of Fireball whiskey.