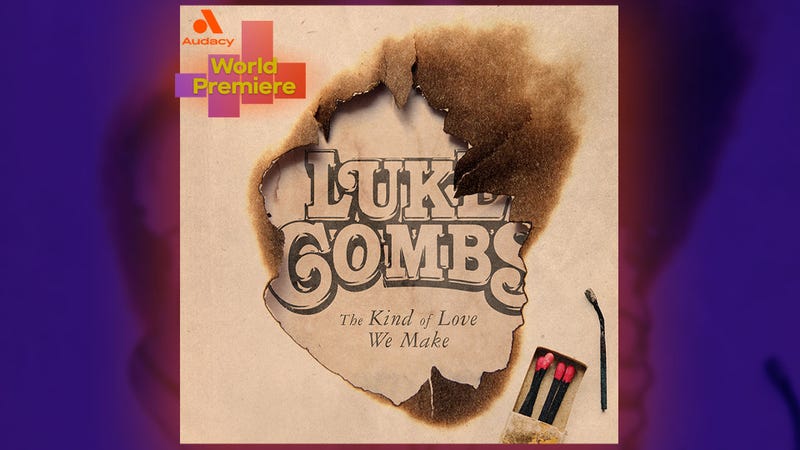 Audacy is bringing you the world premiere of Luke Combs’ “The Kind Of Love We Make,” all day on June 17, beginning at 12AM ET. To catch an exclusive listen, tune in to any of your favorite Audacy Country Stations

One part of his forthcoming album, Growin’ Up, due June 24, “The Kind Of Love We Make,” is a direct peek into what’s to come on the highly anticipated project. Written alongside brothers, Dan and Reid Isbell as well as his guitar tech, Jamie Davis, Luke says the song practically wrote itself.

“He [Davis] had this idea that he brought to me and I thought it was such a killer melody and ended up kinda being one of those songs that really wrote itself,” Luke told Audacy. “Now, me and Dan and Reid are all having kids within a month of each other so maybe this song had something to do with that. I don’t know,” he laughed.

“This one’s pretty self-explanatory — give it a listen and let me know what you think!”

Don’t miss “The Kind Of Love We Make,”  playing all day on your favorite Audacy Country stations starting at 12AM ET on Friday, June 17.