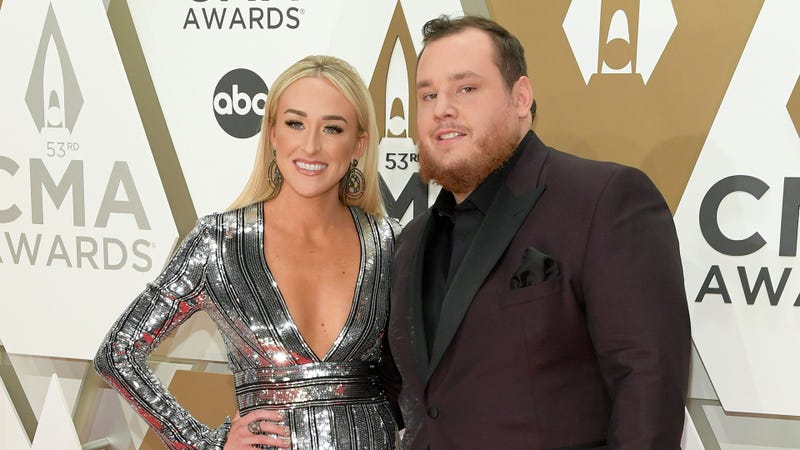 Luke Combs is officially a Dad! He and wife, Nicole, welcomed their first child, a son they named Tex Lawrence Combs just in time for Father’s Day last Sunday.

“Welp he decided that Father’s Day would be a good time to show up,” Luke wrote on social media alongside a photo of himself, Nicole and baby Tex. “Me and @nicolejcombs are over the moon in love with this little guy. Mama and baby are healthy and we’re back home now with family. Life is good. Everyone welcome Tex Lawrence Combs to the world!”

Nicole added in her own post with the same photo, “It’s going to be hard to top this past Father’s Day. Welcome to the world, Tex Lawrence Combs. You are the best chillest angel boy and I’m so happy I was chosen to be your mom. These are the days.”

Fans flooded both Luke and Nicole’s posts with comments of love and support for the new ‘lil guy who Luke teased would have a name that rhymed with “orange” during an interview at Tortuga Music Festival earlier this year.

Baby Tex isn't the only big new arrival for Luke, the 32-year-old is also readying to release his brand new album, Growin’ Up this Friday, June 24.

Celebrate the release of the project with a one-of-a-kind, free album listening party featuring Luke himself! Tune in via the Audacy app on June 24 to join Luke along with Audacy’s Katie Neal at 8AM, 12PM, 4PM & 8PM ET to hear the album in its entirety as well as commentary about each track by Luke.