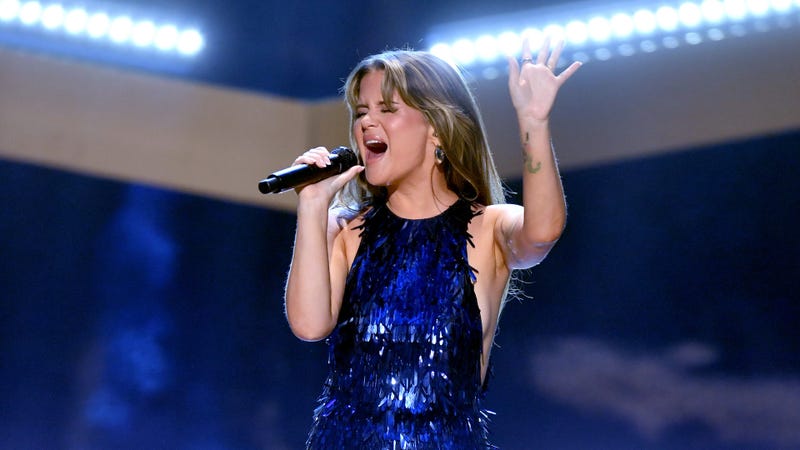 After reaching the top of the charts with “Circles Around This Town,” the first single off her 2022 album, Humble Quest, Maren Morris is ready for another song to have its time in the the spotlight on Country radio.

“I Can’t Love You Anymore,” serves as Maren’s latest single from her album, and it’s all about tributing that special someone in a unique, playful way. Morris recently joined Audacy’s Rob + Holly to share the inspiration behind the song and which classic Country tunes inspired her playful approach.

“Those Country love songs… like Loretta [Lynn] and Conway [Twitty] with their song back in the day, ‘You’re The Reason Our Kids are Ugly,’ which is one of my favorite duets of all Country history,” Maren said of where she found some inspiration.

“But also, John Prine, Iris DeMent with ‘In Spite of Ourselves,’ that’s another amazing duet, but the lyrics are so wacky and funny, but they’re so loving at the same time. I think those [songs] always intrigue me because I feel like you could only write that song with someone that you really know. It’s a love song, but it’s like a quirky one for sure.”

She continued, “Those sort of duets —even though ‘I Can’t Love You Anymore’ isn’t a duet — I feel like Ryan [Hurd] being the cowriter on it and him being the harmony is kind of [like them].”

As mentioned before, Maren’s Humble Quest album was recently nominated in the Album of the Year category at this year’s CMA Awards, airing November 9 at 8/7c on ABC.

“It’s such an honor,” Maren said of her recent nomination. “Any nomination is huge, but… album has always been the most special one to me just because it’s not about your popularity, your vocal or how many tickets you sold, it really just is about your body of work that you put out that year.”

She continued, “There’s a lot of great records that came out this year, so all the other nominees in that category are bada** and put great work out, so to be in the ranks is a huge deal.”

Hear more about Maren’s new single, CMA nomination, and more by listening to her full conversation with Rob + Holly above.