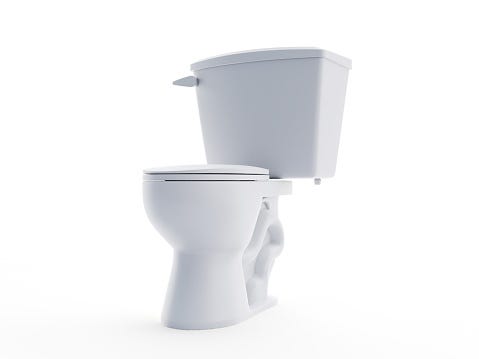 We've all made this joke, but this is reality: A Woman was told to 'burn the house down' after discovering the true cause of her broken toilet.

"I went to the toilet and then I went to flush it and I really had to push down on the button to get it to work, so I was a bit confused," she told 7News.

What was the cause? You may want to sit down first, preferably not on a toilet.

Looking in the bowl, she quickly found the problem - four tree snakes -- big ones.

She said: "I sort of looked at them for a second and thought... that's not right."

Woman told to 'burn the house down' after discovering cause of broken toilethttps://t.co/KYdvvxZdzf pic.twitter.com/ZxOBWchhNh

What would you do? In this case, Sofie told the Daily Mirror she took out her phone to film the snakes first. And then she called a friend to help because she "was not touching them".

As for how this could possibly have happened, the 25-year-old believes they got into her house through the cracks in her floorboards ... so she may want to invest in some new grout if she decides to keep the place in lieu of burning it down.

Don't worry, no snakes were harmed in the course of this nightmare. They were quickly removed and released into nearby fields.