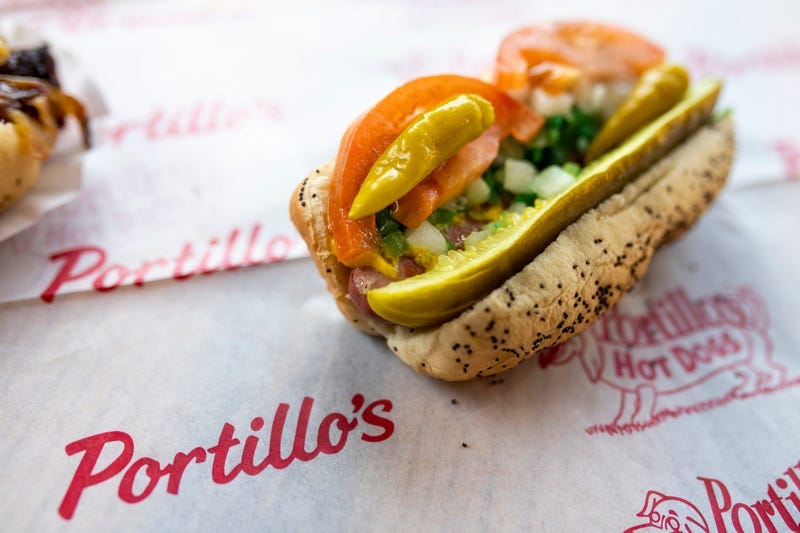 Portillo’s, the fast-casual restaurant concept known for its menu of Chicago-style favorites, announced the pricing of its initial public offering of 20,270,270 shares of its common stock at a price to the public of $20 per share Photo credit Photo credit Antranik Tavitian via Imagn Content Services, LLC
By JT, 100.3 JACK FM

Every state has a local restaurant chain residents claim to be the best, putting it up against any other restaurant in the country. However, while these chains have successfully won over locals, the true test is seeing how they do after crossing state lines. Now, one Chicago staple has decided to take the ultimate test, opening their first location in Texas.

Iconic Chicago hot dog chain Portillo’s recently announced they will be opening their first Texas location in DFW next year. The new restaurant will be located near Frisco, though the exact location has not been announced at this time. “Texas is the number one state we ship to," Portillo’s CEO Michael Osanloo, adding that Texas is a popular destination for those in Chicago tired of harsh winters.

According to NBC DFW, Portillo’s currently has 67 locations in nine states, but after going public last week, the restaurant chain is hoping to expand even further. Known for their hot dogs, Portillo’s also serves Italian beef sandwiches and chocolate cake shakes. Hopefully the chain can win over DFW the same way it has Chicago.

Portillo's went public last Thursday, offering 20.3 million shares of stock at $20 per share. The restaurant chain also stated it would grow from 67 restaurants to more than 600 over the next 25 years.