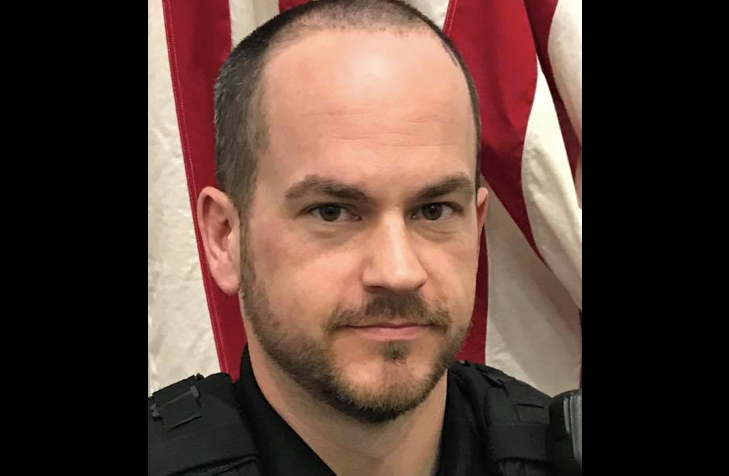 PONTOON BEACH, Ill. (AP) — A police officer was shot to death by a man at a gas station in an Illinois suburb of St. Louis, state authorities said.

Timmins was shot around 8 a.m. Tuesday at a Speedway gas station along Route 111.

Timmins had approached a car in the gas station's parking lot because he suspected it had been stolen, Bufford said.

A man then began firing on Timmins, he said. The suspect was taken into custody. His name hasn't been released.

Timmins was a police officer in Madison County for 14 years, serving with the Roxana, Worden and Hartford police departments. He joined the Pontoon Beach Police Department in April 2020.