(WBBM NEWSRADIO) — History buffs have a chance to see precious Abraham Lincoln documents and memorabilia in Chicago before they go up for auction.

Heritage Auctions has about 100 items associated with Lincoln on display, including an original draft of the 13th Amendment that abolished slavery and the president’s letter to the Army of the Potomac.

Heritage’s director of Americana, Curtis Lindner, said the president wrote the latter message to boost morale after Union soldiers lost the Battle of Fredericksburg in 1862.

In addition to the documents, the items up for auction include a bust of Lincoln by Chicago artist Leonard Volk and a custom pocket knife owned Honest Abe.

Curtis Lindner, director of Americana for Heritage Auctions, said the pocket knife was given to Lincoln at a Philadelphia fair in 1864.

“It comes with a letter that Lincoln had given to the person who gifted him the knife, thanking him for the knife, which is excellent provenance proving that the president certainly did acquire this knife," he said.

The historic artifacts will be on display at the Heritage Auctions showroom in River North through Feb. 4. Then they head to Dallas for the auction on Feb. 12 and 13, which coincides with Lincoln’s birthday. 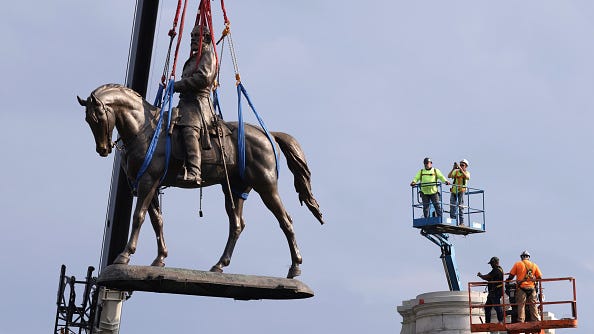