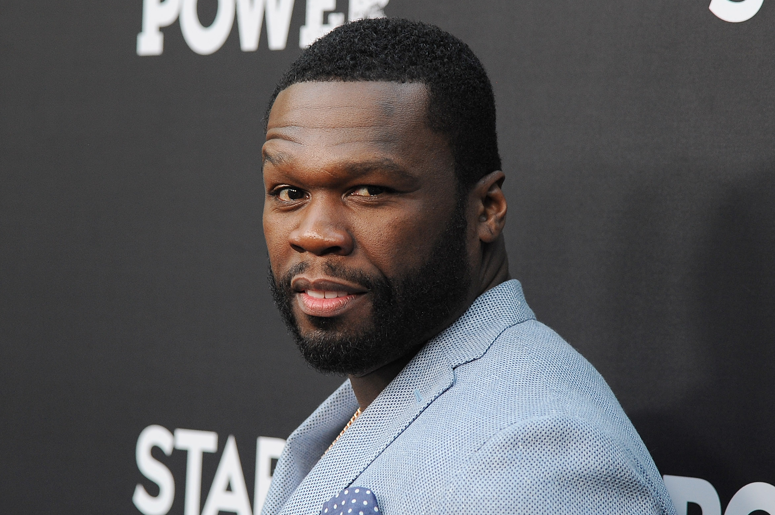 Checking in with RADIO.COM and V-103’s The Morning Culture, 50 Cent caught up with Big Tigger, Tylerchronicles, & Christina “Ms. Basketball” Granville for an open discussion. While they didn’t quite get to “21 Questions,” they did manage to talk about some of 50’s new projects, all in television (sorry, nothing about new music), as well as the possibility off whether or not you’ll ever catch him on Verzuz.

Getting straight to it, Christina asked about the chances of 50 showing up on Verzuz, and sorry to all those hopefuls, but don’t hold your breathe. When asked how interested he was in joining the roster of the virtual battle series, 50 had the following to say. “Verzuz was more interesting when we were completely stuck in the house," explaining that it showed up when we needed it, but since that the situation has progressed, he feels now that it’s just “trying to rewrite history.”

When asked to elaborate, 50 explained, that he gets the nostalgia of “when a song takes you back” to a certain time. However, he rather be rocking to current artist, saying, “right now Lil Baby’s having a moment… when his music comes on I’m feeling Lil Baby.”

When further pressed if he would consider considering, 50’s answer remained, when it come to him and Verzuz, it’s gonna have to be a nah. After Fif once again made the point of now being able to leave the house as reason enough. However, Tigger made a point of his own, that while, yes, a lot of people do look at Verzuz “as a stroll down memory lane.. a time to reminisce and show some love,” and also an opportunity to give “people their flowers while they’re still here.”

Seeing Tig’s sentiment, 50 responded, “I think that’s for people that didn’t get enough while they were doing it,” and jokingly added, “I got more than my share.” Continuing his thought even further 50 noted, “It’s usually the guys that felt they were lyrical. They felt like theirs was special and nobody recognized it.” And when it comes to how things worked out in his career, he more than satisfied.

Don’t get twisted though, 50 is very much aware that he hasn’t been immune to hate. but he’s okay with it. With no shortage of people tryin to tare people down in this industry, 50 has found contentment with the space he occupied at the time he did. Now he’s looking at the newer generation, he points out the pattern, using Drake as an example, “they’ll say he’s not hard, but the other guy they’ll say he keeps doing the tough s***.”

Acknowledging he wasn’t impervious to making those same choices during his time, feeling sympathy for today’s contenders, when the girls are doing 'WAP,' "what are the guys supposed to do?,” which had them all weak.

Speaking of evolution, even though 50 has no interest in taking a trip down memory lane, we certainly have no qualms about it. And with 50 having hits like “In Da Club” and “Candy Shop” under his belt, it’s kind of hard not to. With that said, it’s been a minute since 50 hit us with a new record, not counting his single “Part Of The Game” featuring NLE Choppa and Rileyy Lanez that dropped this past December, which he made as a theme song for one of his shows. Before that, the last time we heard new music from 50 was in 2005, with his album The Massacre.

These days 50 stays busy in the land of television, starting off in 2014 with Power, to now having 16 projects across 7 different networks. Some of 50’s latest projects include an eight-episode, straight-to-series order drama series for Starz, Black Mafia Family and what he refers to as “the real organic spin off to 'Power,'” Raising Kanan. At the root of it, his main concern is making good content, whether it be in the studio or the writing room.

For all that and so much more (seriously so much more) watch 50 Cent’s entire interview above.