The Atlanta Braves will be a far more formidable postseason opponent if they’re able to give the ball to Spencer Strider, and they’re optimistic that will be an option.

Strider has put together an impressive rookie season, going 11-5 with a 2.67 ERA. However, the 23-year-old has not pitched since Sept. 18 due to an oblique injury, but he played catch Tuesday and appears to be ramping up.

The Braves’ regular season finish allowed them to avoid having to play in a wild card series, giving Strider even more runway to return in time for postseason action. Atlanta’s first National League Division Series game will be Tuesday, and Braves general manager Alex Anthopoulos told “Dukes and Bell” he’s optimistic Strider will be able to pitch during the series.

“He is doing much better, he’s going to throw to 90 feet here. Assuming he continues to pass that test, then he’ll progress to a bullpen. He feels optimistic, and our medical staff does too – he still has to pass some of these tests and make sure he doesn’t feel anything – but he could be ready to pitch at some point during the DS.

“The good news is it’s a long way away and we’ve got time, and we’ll know that much more before we submit the roster. So, these next four days are going to be huge for him and for us to make a decision, but we’re optimistic.”

Max Fried is the likely Game 1 starter, and the Braves have some depth with Kyle Wright and Charlie Morton also available. Adding Strider back into that mix would give Atlanta a solid four-man rotation to face either the Phillies or Cardinals.

All the Braves really need to know by Game 1 is if Strider will be ready in time for at least the later part of the best-of-five set. At this point, it seems like there's hope. 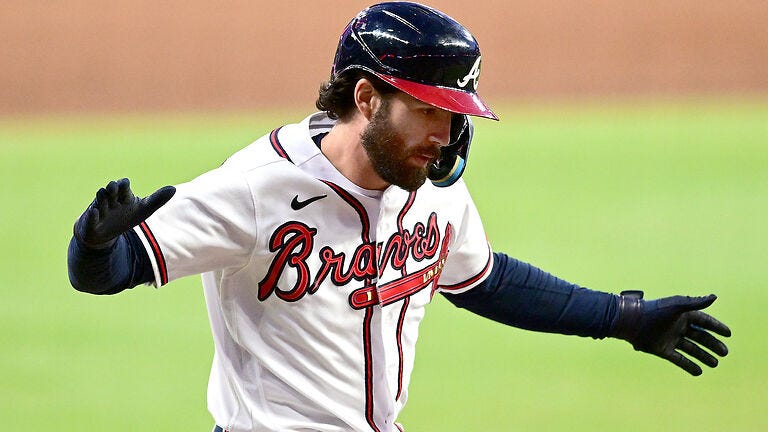