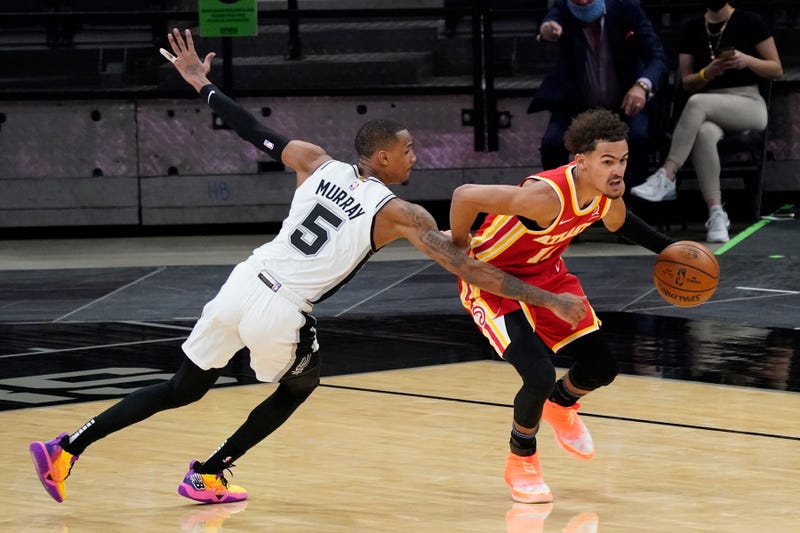 When the Hawks acquired Dejounte Murray from the Spurs, he became an instant upgrade to Atlanta’s backcourt as another scorer next to Trae Young, but his impact could far exceed the stat sheet.

Individually, Young is a superstar and a Murray has the tools of a perennial all-star, but together, SI’s Pat Benson shared the viewpoint that Murray, a 6-4 two-way guard, could unlock another level of Young’s game.

“Dejounte compliments Trae’s game so well. He covers up Trae’s shortcomings and he [enhances] the stronger parts of Trae’s game. It’s going to take a load off Trae and his usage rate. It’s going to add another primary ball handler who’s going to attack the defense and further spread them out. There are hopes that this is going to unlock Trae 2.0, that this is going to help turn him into more of a Step Curry where he can play off the ball. We’re going to see Trae running off screens more, more dribble-hand offs, more uncontested looks from the three-point line, and more spot-up three-point shooting from Trae," Benson said.

It's hard to fathom that there could be another level for Young to reach after he led the NBA in total points (2,155) and assists (737) in 2021-22. The Hawks are hoping the tandem of Murray and Young leads them back to postseason success after they were bounced from the playoffs in the first round this year after reaching the conference finals in 2020-21.

During his introductory press conference Friday, Murray, who averaged a near triple-double in 2021-22, revealed that he and Young have been in contact over the past few weeks with momentum building toward the trade and he says what happened next “is going to be special.”

Evaluating how the trade changes the dynamic in the NBA, Benson expressed his belief that the new duo of Murray and Young make up the top backcourt in the Eastern Conference and are among the top five in the league.

How it translates to wins and losses, Benson says the move should place the Hawks into a top-four seed in the East heading into 2022.

The Hawks continued to wheel and deal Friday as they shipped Kevin Huerter to the Kings in exchange for a 2024 lottery-protected first-round pick along with Justin Holiday and Moe Harkless. It's still early in the offseason calendar and John Collins’ future remains up in the air at this point, but the Hawks have already proven that they're going to be aggressive in their effort to rebuild the roster.