By Joshua Haggadone and Dukes & Bell

Although it’s clear that Marcus Mariota, barring injury or any other unforeseen circumstance, will be named the Week 1 starter for the Atlanta Falcons for the 2022-2023 season, the time is now for the team to see what Desmond Ridder can bring to the field after being the second quarterback taken off the board with the 10th pick in the third round of this year’s NFL draft.

After trading Matt Ryan to the Colts for a third-round draft pick in March, the questions were swirling about what the next step would be for the team. After missing out on the Deshaun Watson sweepstakes, Watson opted to sign with the Cleveland Browns and could possibly miss significant time this season due to his current legal situation. The Falcons signed the former Heisman Trophy winner Mariota in what felt like a temporary move given his lack of achievement in the league after being drafted No. 2 overall out of Oregon in the 2015 Draft.

Josh Kendall, Falcons beat writer for The Athletic, stopped by Dukes & Bell to give his take on how he thinks the team will handle the quarterback competition going into this season.

The pick of Ridder signaled that the Falcons were making a commitment to establishing a reliable option at the quarterback position for years to come, with Mariota being somewhat of a stopgap until the rookie from Cincinnati worked his way into form and became more comfortable with the adjustments needed when you transition from the college game to the NFL.

“I’ve mentioned those first seven games, Marcus Mariota seems like a great guy who everybody likes but from a business standpoint, it may be you throw him to wolves those first seven games,” Kendall said. “Do you start Marcus for those seven games and if things are going as we imagine they might, like 2-5, does Desmond Ridder come in then? I think that Atlanta has to take a look at Desmond Ridder on the field in significant playing time this year to see what it has, to see if he can be the future or not.” 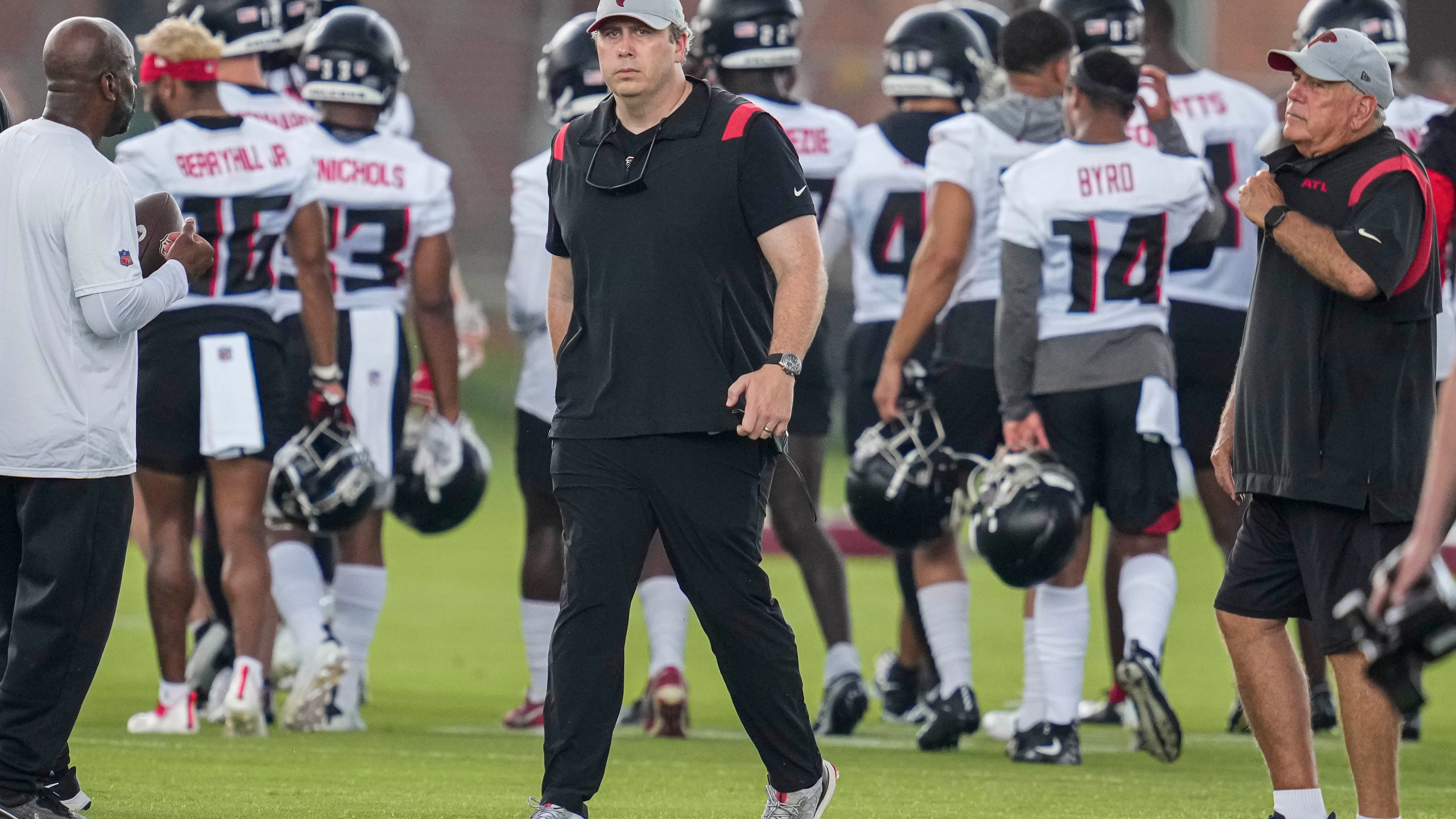 With four of the first seven games of this season against playoff teams from last year, it’s reasonable to assume that the Falcons will be looking for a spark to get them over the hump and back on the winning track with two of the following three games against division foe Carolina who will, more than likely, be looking to keep pace with Atlanta and stay out of the basement of the NFC South.