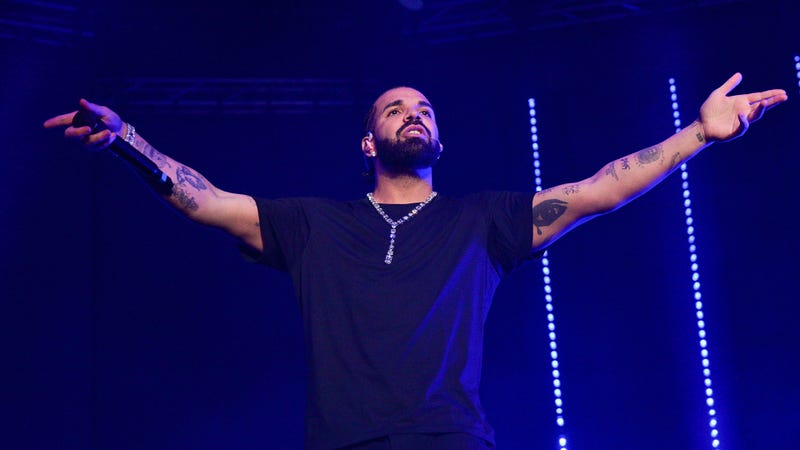 The betting market is a wild ride, and if anyone can attest to this it's Drake, who may or may not have taken home a pretty penny after betting on Argentina to take the 2022 FIFA World Cup.

Listen to Drake Radio and more on the free Audacy app

As fans know, Toronto rapper Drake has been all over this year's World Cup action, and in what can only be described as one of his bigger "Rich Flex" moves, he showed off in a now-deleted post just how much he dropped betting on Argentina to win the final. With a $1 million dollar wager, if Argentina were to win, Drake’s estimated payout would be around $2,750,000. 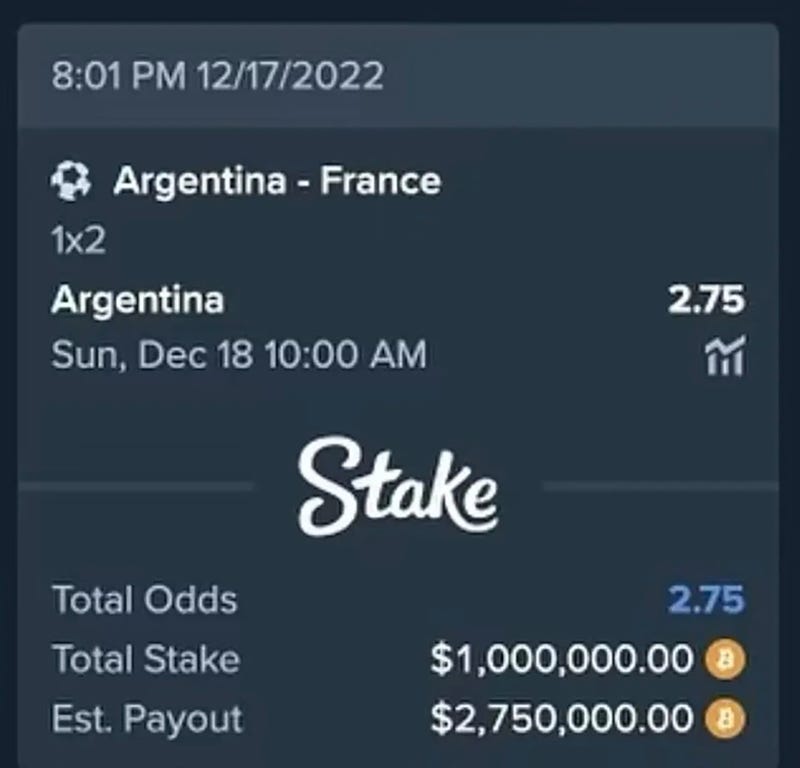 “@roshtein my bet is in for tmrw @stake,” Drake captioned his now-deleted Instagram post showing his big bet, while also tagging Ishmael Schwartz, a popular casino streamer who also posted his own $1 million bet on France taking the cup.

Argentina did win 4-2 in the end, but only after the allotted official gameplay, going into a shoot-out against France on Sunday, December 18 at Qatar’s Lusail Iconic Stadium. The score was 3-3 when extra time began, which means, according to Vulture, that in a 1x2 market where results are determined based on the score after 90 minutes, and extra time isn't counted, it's actually Drake's loss. That could be why the original humblebrag post is now missing.

According to Casino.org, Drake has bet big on the crypto casino app Stake since he joined under the username DeepPockets6 in late 2021, and later became an affiliate in March of this year -- apparently wagering cryptocurrency worth over $1 billion.