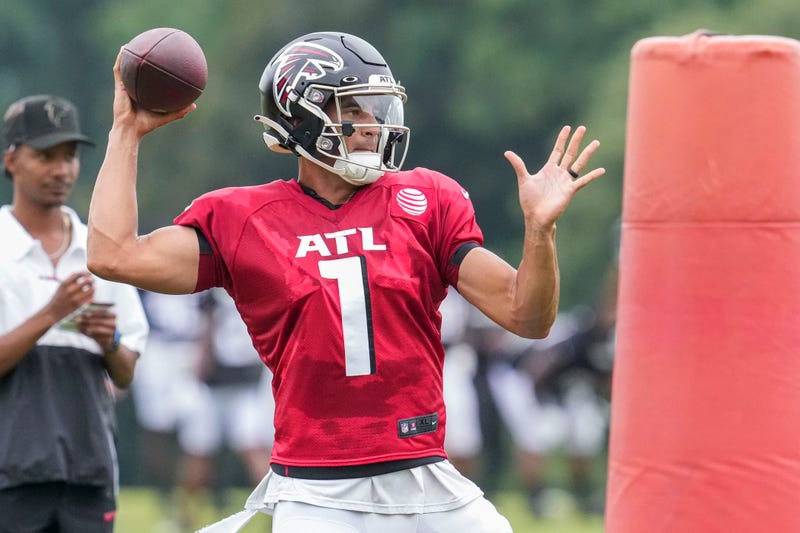 After the Lions moved right down the field in the Falcons preseason opener, Marcus Mariota and the offense answered with a methodical 12-play, 82-yard drive of their own capped off by a six-yard scramble by starting quarterback Marcus Mariota.

When Mariota signed with Atlanta as a free agent following the Matt Ryan trade, fans were intrigued by the addition of the former 2nd overall pick’s mobility to the offense, and it was on full display on the opening drive of the preseason. Mariota rushed three times for 23 yards and the score.

Injury concerns may limit how much Arthur Smith chooses to call designed runs for the quarterback, but it didn’t take long for Mariota to prove that he’s still a threat to take off and run when the play breaks down.

That was prove to be Mariota's one and only drive of the night. In the air, Mariota went 2/2 for 36 yards, completing one pass to first-round pick Drake London who left the game with a knee injury.