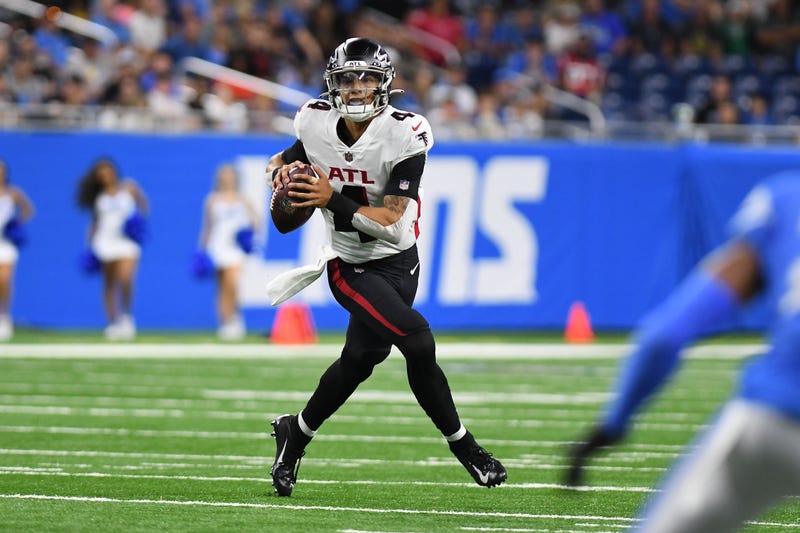 On the second drive of his NFL (preseason) debut, Desmond Ridder was intercepted by Lions’ DB Bobby Price, but a roughing the passer penalty gave the rookie quarterback a do-over.

From there on, the third-round pick out of Cincinnati didn’t look back. Rather than getting rattled, Ridder seemed to settle in with the second chance as he promptly led the Falcon offense down the field for a go-ahead score at 14-10, but the 1-yard touchdown pass to Parker Hesse won’t be the highlight of the night.

Ridder played all but one series as Marcus Mariota started and looked the part, but it was the final drive of the game that will have Falcons fans buzzing. With Atlanta trailing 23-20 just before the two-minute warning, the Lions seemed to be on their way to a win in the preseason opener, but a David Blough fumble gave the rookie a chance to play the hero in his first taste of professional action.

There’s no sense in going for the tie when the game doesn't count, so facing a 4th and 9 from the Lions’ 26, Atlanta rolled the dice. Ridder bought himself some time before finding the 2021 Tewaaraton Award winner—NCAA’s top lacrosse player—Jared Bernhardt in the end zone for what proved to be the game-winning touchdown.

The preseason is what it is and the level of competition late won’t be equal to what you’ll see in the regular season, however, Ridder’s poise and performance out of the gate is note-worthy. All signs point to Mariota being under center in week one against the Saints, and nothing that happened tonight changes that, but there’s no denying Ridder made a splash at Ford Field.

Ridder wasn’t perfect on the night as there are few throws he’d like to have back, but with a final stat line of 10/22 for 103 yards and 2 touchdowns and a few drops that went against him, it was a successful debut for the former Bearcat. He also led the team with 59 yards on the ground on 8 carries. Mariota impressed with his legs as well with 23 rushing yards in his lone series with a score along with going 2/2 in the air for 36 yards.

On the injury front, first-round pick Drake London left the game with a knee injury after his first catch—a 24-yard reception from Mariota on the first drive—and did not return.