It seemed like the obvious choice, but now it’s official: Jeremy Swayman will be the Bruins’ opening night starter in goal.

Bruce Cassidy made the announcement on Friday that it will be the rookie, and not veteran free-agent signing Linus Ullmark, who gets the start Saturday night at TD Garden against the Dallas Stars.

Swayman clearly outplayed Ullmark this preseason. Swayman stopped 68 of the 73 shots he faced for a .932 save percentage in his two and a half games, while Ullmark gave up 10 goals on 62 shots for an .839 save percentage in the same amount of minutes. Swayman, of course, was also excellent in his first 10 NHL starts last season, going 7-3-0 with a .945 percentage.

The only question was whether the Bruins would still defer to Ullmark after signing him to a four-year, $20 million deal this summer. Instead, they made the decision on merit and went with the hotter hand.

Of course, Ullmark will still play plenty this season. The Bruins aren’t expected to give either goalie a true workhorse, 60-plus games workload. Neither has ever done that, and the Bruins will be careful to not overwork either.

Exactly what the split looks like, though, remains to be seen. Cassidy has said it won’t be as strict or as scripted as it was with Tuukka Rask and Jaroslav Halak in past years, when the team would plan out starts months in advance.

What we now know for sure, though, is that Swayman gets Game 1. 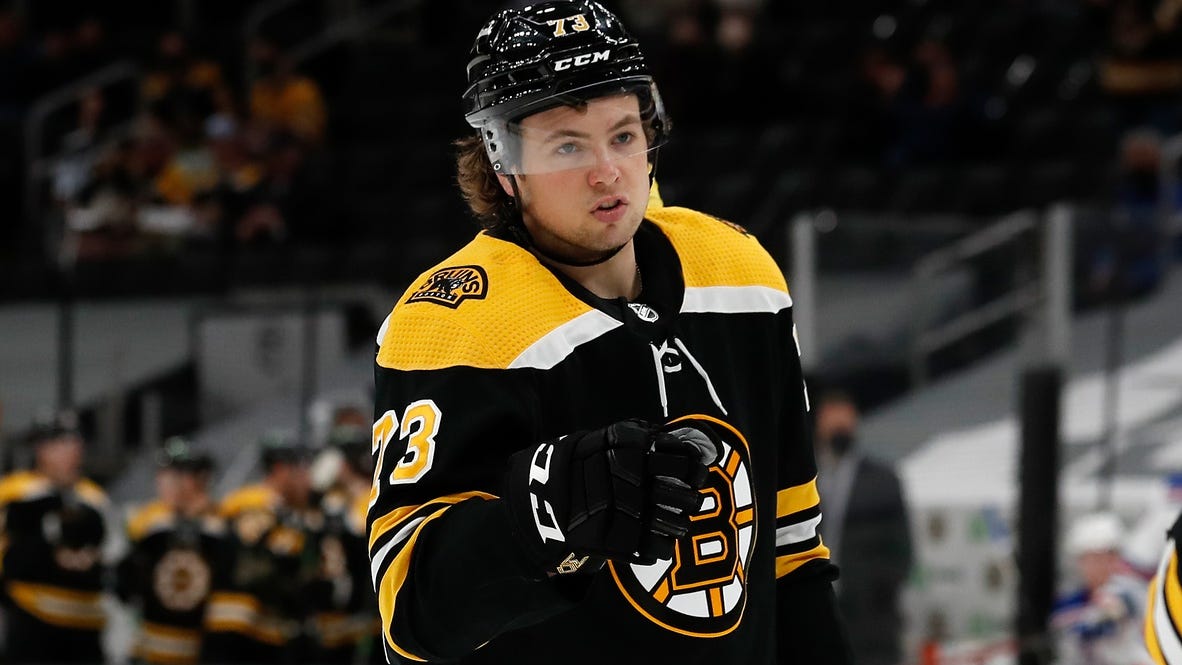