There have long been questions about what the post-Zdeno Chara, post-Patrice Bergeron Bruins would look like. With Chara already gone and Bergeron not yet committing to anything beyond this season, those questions feel more urgent than ever.

They will continue to linger, but there was at least some level of certainty provided Friday morning: The next era of Bruins hockey will be built around Charlie McAvoy.

The team has officially signed McAvoy to an eight-year, $76 million extension that locks up the 23-year-old stud defenseman through the 2029-30 season.

It is the richest contract in franchise history, it is the going rate for elite defensemen, and it is exactly what the Bruins needed to do.

Since being drafted 14th overall in 2016, McAvoy has progressed from promising young player, to top-pairing D next to Chara, to clear No. 1 in Chara’s final years and after his departure, to a top-five blue-liner in the whole league.

McAvoy finished fifth in Norris Trophy voting last season. He would have finished even higher if he put up the kind of point totals the other top Norris candidates did. He might start to put up those numbers this season as he takes over the quarterback role on the Bruins’ lethal top power-play unit, a role he didn’t start playing regularly until last year’s playoffs.

Charlie McAvoy, signed to an 8x$9.5M extension, is an elite two-way defenceman, arguably the best in the league at 5v5. A lack of PP production makes him underrated by many, but there's just no one who drives play at both ends the way he does. #NHLBruins pic.twitter.com/Dzl1QuKFAY

Players like McAvoy don’t grow on trees. Young, elite, all-around No. 1 defensemen are the kinds of players every team dreams of drafting and building their franchise around.

Locking up McAvoy was a no-brainer for the Bruins, but sometimes even no-brainer moves don’t go as planned. What if McAvoy had concerns about the team’s future once Bergeron retires and didn’t want to commit long-term? What if the Bruins didn’t want to pay McAvoy $2 million a year more than they’ve ever paid a player, and nearly $3 million a year more than anyone else is set to make next season?

By signing this contract, McAvoy is committing to not just being in Boston once the Bergeron years are over, but to being a foundational piece and leader for whatever comes next. He is committing to taking what he’s learned from Chara and Bergeron and carrying it forward for the next generation of Bruins. He may be in line to wear the captain’s “C” at some point.

"Obviously I'm so overjoyed today. I couldn't be happier," McAvoy said. "There's no place I'd rather be. ... It's just been such a dream to get to this point. Everything I've ever wanted was to be here in Boston. I can't believe it. I can't be happier than I am right now."

The Bruins, meanwhile, didn’t mess around. They didn’t play hardball or try to pressure McAvoy into taking more of a “hometown discount.” They paid him what he’s worth and they locked him up for as long as they could.

The Bruins’ history when it comes to No. 1 defensemen is unmatched. You can go all the way back to Eddie Shore as the franchise’s first star and leader of their first two Cup teams. Bobby Orr, obviously. Ray Bourque for 21 years. Zdeno Chara for 14. And now McAvoy.

Of course, just locking up McAvoy does not guarantee a decade of winning or another Cup. Signing Chara in 2006 set the Bruins on the right path, but it took the emergence of other franchise cornerstones like Bergeron, Krejci and Tim Thomas, plus the right supporting cast, to win it all. Brad Marchand and Tuukka Rask breaking through helped keep the window open for another decade.

On the other hand are the Bourque years -- two decades in which the Bruins had one of the best defensemen of all time but couldn’t win a single Cup because the team around him wasn't good enough.

The Bruins know they have Marchand and Taylor Hall locked up for four more years each. Brandon Carlo is locked up through 2027 behind McAvoy on the right side of the defense. Jeremy Swayman looks like he could be the next franchise goalie.

David Pastrnak is the next big extension on the horizon, as his contract is up after next season. A new deal there would lock him in as another long-term franchise cornerstone next to McAvoy.

None of this solves the problem of what the center position looks like after Bergeron retires, but needing to find a No. 1 center and a No. 1 defenseman would be a significantly worse situation than having one of those already taken care of.

And that’s what the Bruins did on Friday: They took care of their No. 1 defenseman through 2030, securing a critical piece that their future will be built around. 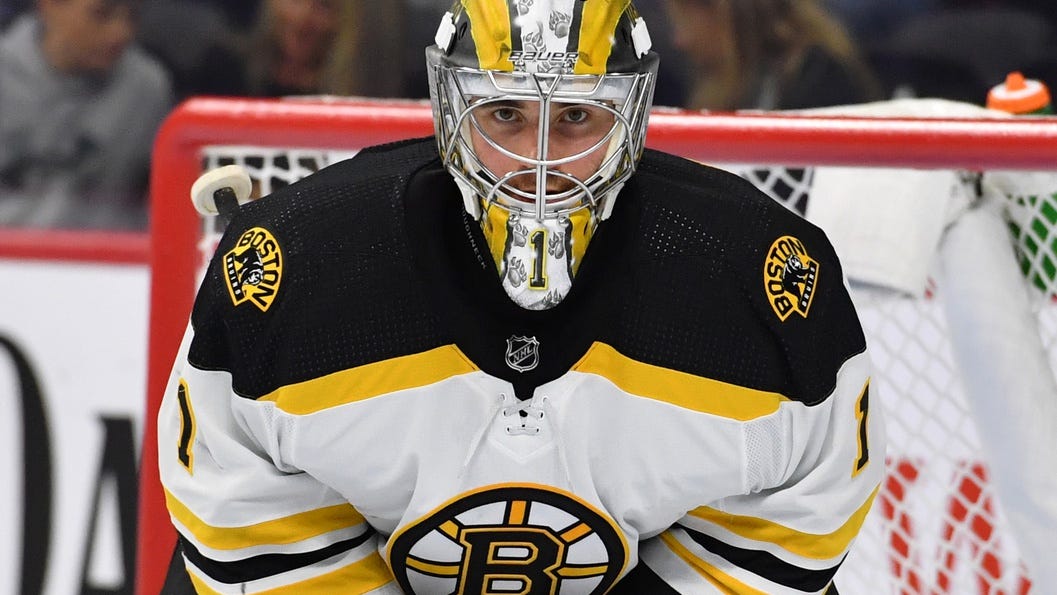