After a poor all-around effort led to a 6-3 loss to the Flyers on Wednesday, the Bruins didn’t exactly come flying out of the gates Friday night in Buffalo either.

This time, though, it didn’t matter, as they came away with what ended up being a fairly comfortable 4-1 win over the previously (and surprisingly) undefeated Sabres.

The Bruins got dominated for the vast majority of the first period, with the Sabres clearly looking like the faster, more aggressive team. Buffalo finished the period with triple the shot attempts (24-8) and scoring chances (15-5) of Boston.

But the Bruins led 2-0 at the first intermission. The top line had a moment of brilliance, with Brad Marchand forcing a turnover on the forecheck and then Marchand and Patrice Bergeron combining to set up David Pastrnak for his first goal of the season. Those three, at least, were pretty good all night -- what else is new?

Then the new-look second line had its own moment, with Tomas Nosek entering the offensive zone, passing to Taylor Hall, and then going hard to the net to bury a centering feed from Charlie Coyle for his first goal as a Bruin. Those three had only been put together because the Hall-Coyle-Craig Smith trio got off to a brutal start, with the Bruins getting out-attempted 10-0 in their 3:07 of five-on-five ice time.

Those were the only two high-danger chances the Bruins had all period. At the other end, a combination of Linus Ullmark and the Sabres lacking finish on some good looks kept Buffalo off the board.

Making his first regular-season start as a Bruin, Ullmark looked significantly better than he did in the preseason, stopping 35 of the 36 shots he faced against his former team. Turns out that those who were already writing him off as a bad signing may have jumped the gun.

The Bruins played better, but still not great, in the second period and made it 3-0 on the power play when Marchand made a beautiful pass to set up Coyle. That was pretty much lights out. The Sabres finally got on the board late in the third when Victor Olofsson beat Ullmark, but that was as close as they’d get. Hall sealed the win with an empty-netter against his former team.

A win is a win, and it’s hard to complain too much when the scoreboard ends up this lopsided. But the Bruins still have a lot to work on and will need to be better going forward.

Splitting up your planned second line due to ineffectiveness already is far from ideal. Neither is your new third line (Smith with Jake DeBrusk and Erik Haula) getting out-attempted 15-2. Unbelievably, the Bruins were out-attempted 27-2 with Smith on the ice at five-on-five. Smith was dealing with something that forced a “maintenance” day off Thursday, but still… yikes.

The Bruins also suffered another injury up front, as Anton Blidh -- in the lineup only because Nick Foligno was already out -- went down with an upper-body injury in the second period and did not return.

On the back end, there still weren’t enough clean breakouts from defensemen not named Charlie McAvoy or Matt Grzelcyk, although Mike Reilly did look better and more involved (in a good way) than Wednesday and registered an assist.

The Bruins will take the two points, head back to Boston and re-evaluate some things on Saturday -- particularly whether they need to call up another forward (Jack Studnicka???). They’ll feel OK about their 2-1-0 record so far, but they’re not going to be feeling great about the way they played overall on this two-game road trip. 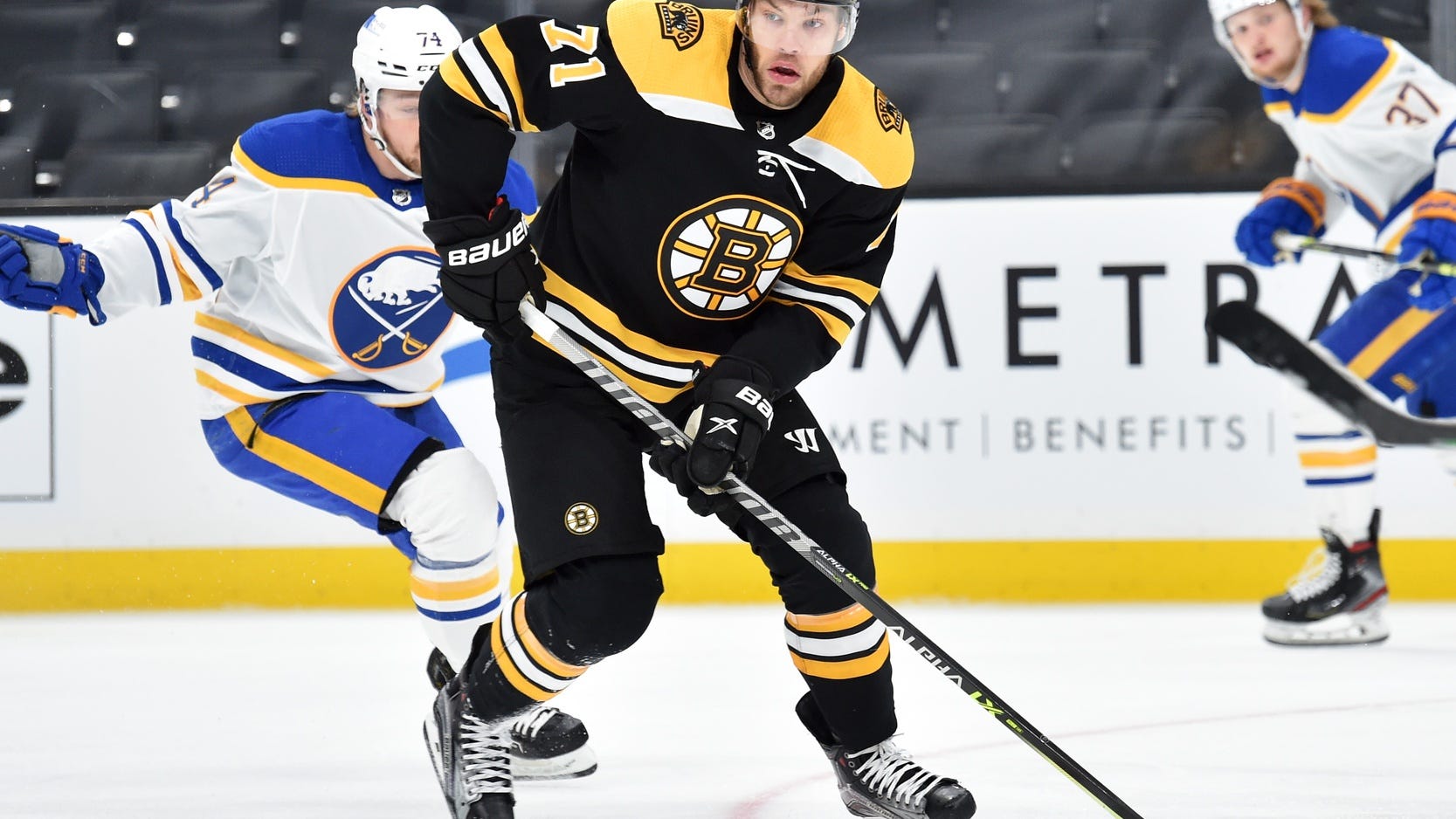