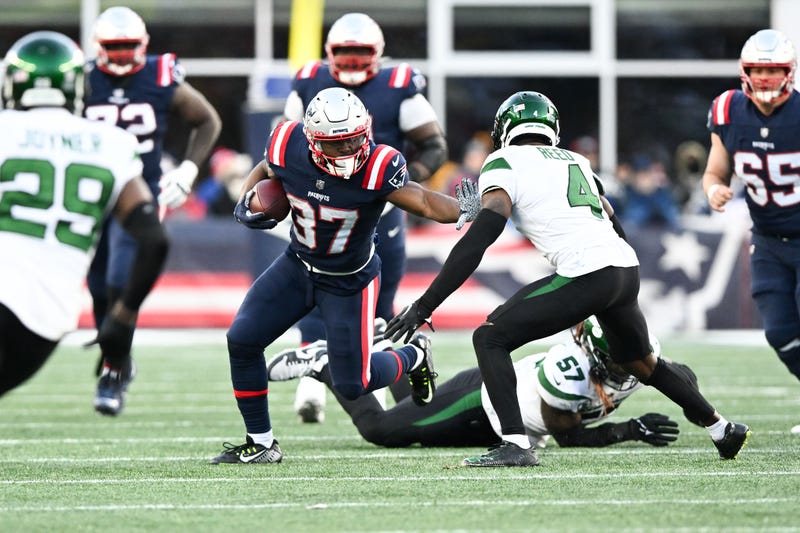 As expected, Damien Harris will not be able to suit up in the Patriots’ Thursday Night Football meeting with the Bills. He’s dealing with the same thigh issue that forced him to leave the Thanksgiving Day game against the Vikings.

Pierre Strong Jr. is now in position to be the backup behind Rhamondre Stevenson’s, assuming J.J. Taylor doesn’t get elevated from the practice squad. Barring injury, Stevenson is in plenty fine shape to handle the load without Harris again — although, the Patriots can use all the help they can get against Buffalo.

One area they should have help is the offensive line. While Isaiah Wynn (foot) has been ruled out again, David Andrews is on track to play after missing the Thanksgiving game.

Week 11 was the first time Andrews had seen the field since Week 7, but a thigh injury forced him back out for Week 12 with the quick turnaround. With the Patriots getting full rest this week, Andrews is now listed as questionable to play.