Jake DeBrusk requesting a trade from the Bruins may have been news to the public when it broke Monday afternoon, but it was not news to Boston general manager Don Sweeney.

Meeting with the media on Tuesday, Sweeney said he has known about DeBrusk’s desire to be moved to another team for a while, although he didn’t specify exactly when DeBrusk first requested a trade.

“I’m not overly surprised that this eventually came out,” Sweeney said. “I’ve been in the know about this for quite some time, and we’ve been trying to look at a hockey trade situation that would help the Boston Bruins. And as I do my job, and accommodate with what Jake thinks is best, there’s a balance there. That’s the profession.”

Sweeney said there is no timeline for getting a trade done. Sportsnet’s Elliotte Friedman has reported that nothing is imminent, but that something could get done before Christmas. He also reported that there “is a lot of interest” in DeBrusk. TSN’s Ryan Rishaug adds that “as many as eight teams” have already reached out to the Bruins about DeBrusk, with more expected.

Sweeney said he is open to any kind of trade, whether that’s for another NHL player, prospects, picks or any combination therein.

“I just sit back and evaluate and have my conversations with every team and try to make what’s the best trade for the Boston Bruins,” Sweeney said. “It very well could be on either side of that ledger, or a combination. That’s our sole purpose in this, is to make sure we do what we think is right for our club. We’re a competitive club. Obviously we’d like to continue to do that. How we do that and how we make that decision is based on what other teams may or may not be engaging in.”

In the present, DeBrusk will continue to play for the Bruins, with Sweeney confirming he will be in the lineup Tuesday night after being a healthy scratch Sunday.

That could be as much out of necessity as anything. The Bruins will be down two other left wings thanks to Brad Marchand’s suspension and an injury to Anton Blidh. They are also unable to call anyone up from Providence because the P-Bruins are in the midst of a COVID-19 outbreak that has forced a team lockdown.

Sweeney said the expectations for DeBrusk don’t change despite his trade request being made public, noting that DeBrusk playing well remains the best thing for everyone involved.

“We expect Jake to play well,” Sweeney said. “This comes down to the Boston Bruins having to make a hockey decision, and for Jake it comes down to him playing his best hockey. Whether that’s for us, and hopefully that’s for us tonight, but also if it is leading to an opportunity elsewhere, he has to play his best hockey as a player. He knows that. He’s shown a lot of maturity in trying to handle this as appropriately as possible.”

Captain Patrice Bergeron echoed that sentiment, saying that nothing changes from the players’ perspective and that DeBrusk remains their teammate as of now and will be treated as such.

“It’s not a first. It’s gonna happen as we move forward,” Bergeron said. “It’s just one of those things that, in sports, people ask for trades. For us, I think things don’t change. We will expect Jake to be accountable just like the rest of the guys, and work hard just like the rest of the guys. Nothing changes. The culture stays the same. The way we approach things stays the same. That’s the approach we have right now, as a team, is to on the ice play together and play for one another and play for the Boston Bruins and play for the crest. That’s what we’re expecting out of Jake for the time being.”

Bergeron was also asked if he was surprised to hear DeBrusk wants to be traded.

“It doesn’t matter if I’m surprised or not,” Bergeron said. “It doesn’t change the way we’re gonna approach it. Jake is part of our team right now, part of the Boston Bruins. Again, I go back to how we approach it is with 23 individuals to become one and to bring your work ethic and bring your accountability and be a good pro, basically. That’s what’s asked of everyone, and he falls in that category, obviously, as one of our teammates. We’re there for him, and we expect him to be there for us. That’s the bottom line.” 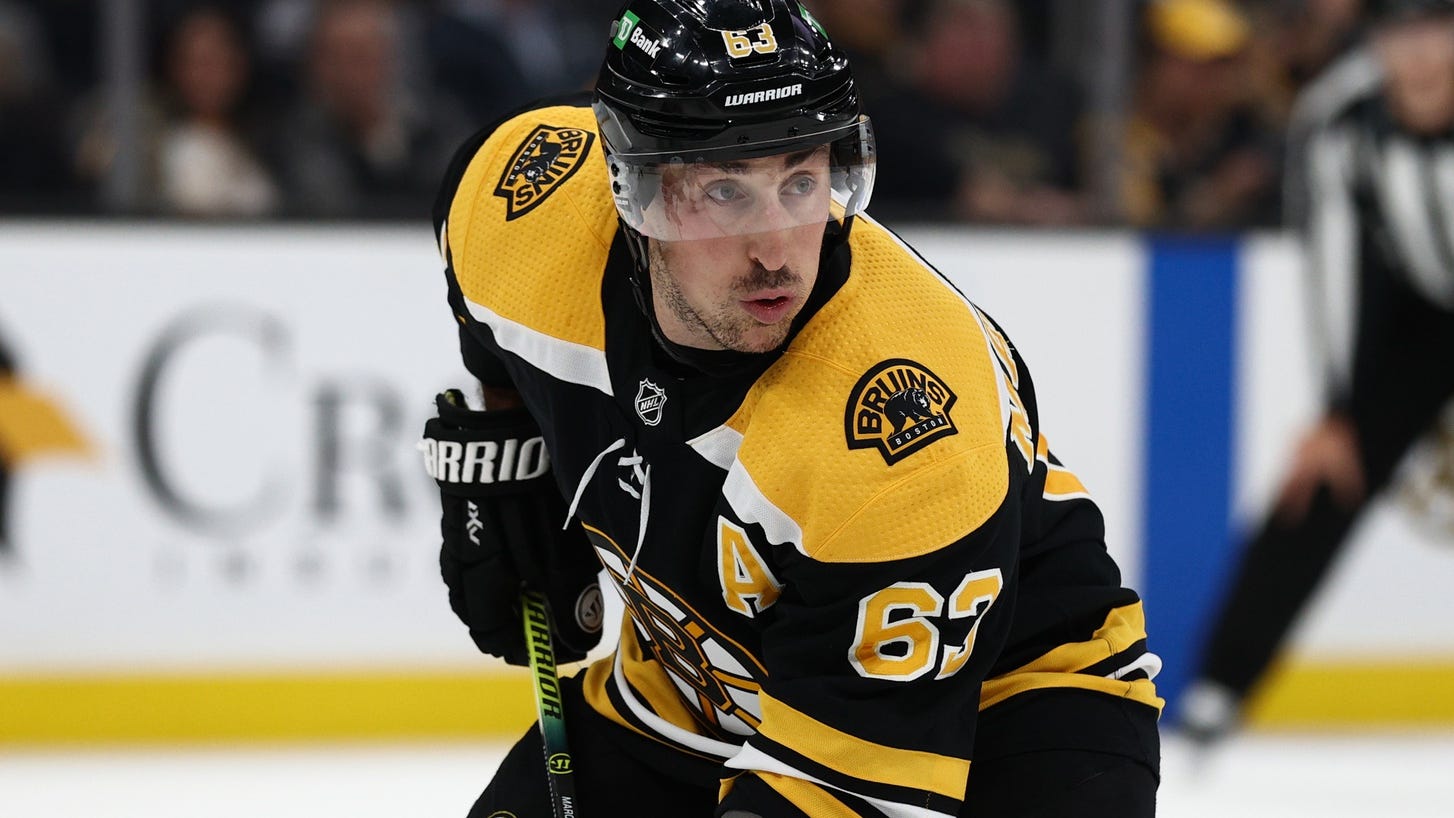 Brad Marchand reacts to suspension: ‘I was obviously surprised’