There were plenty of reasons to believe a bounce-back season was potentially on the way for Jake DeBrusk.

Coach Bruce Cassidy said his meeting with DeBrusk after last season to “find some common ground” went well. DeBrusk said he had wiped last season from his mind.

DeBrusk played well this preseason and appeared to have good chemistry with new linemates Erik Haula and Nick Foligno. After struggling off the ice last season with COVID restrictions and isolation, coaches and teammates have noticed a more upbeat DeBrusk as more away-from-the-rink team bonding returns.

But DeBrusk still needed to make sure all those encouraging signs actually translated to regular-season success. On Saturday night, it did.

The Bruins’ 3-1 season-opening win over the Stars is obviously just one game, but it was also another key building block as DeBrusk looks to pile up good days.

DeBrusk, who turns 25 on Sunday, scored what proved to be the winning goal 4:43 into the third. His forecheck helped free up the puck for the Bruins to take possession. After Haula fed Foligno in the slot, DeBrusk went to the net and found himself in the perfect position to pounce on the puck after it slid away from Foligno and bury a shot past Braden Holtby.

Unlike his more subdued goal celebrations amidst his season-long slump last year, DeBrusk brought back #CellySZN with the kind of energetic fist pump you see when he’s feeling good.

DeBrusk nearly scored another goal earlier the game when he raced down the right wing and drove hard to the goal, only to be denied by a good defensive play from Andrej Sekera.

The goal and the non-goal were two more examples of DeBrusk going to the dangerous areas he was too often absent from last season. It’s the same way he scored two goals in the preseason.

“That’s definitely a focus,” DeBrusk said of being around the net. “That’s where I score all my goals throughout my career. I’m good in front of the net. … Not necessarily just standing there, but pushing the pace to attack.”

🎥 @JDebrusk on his third-period winner: "It's always nice to help the team win...I thought preseason went fairly well, but it's just preseason. You want to get on the board as fast as possible." pic.twitter.com/H2pSBe1VTN

This fast start is certainly encouraging after it took DeBrusk 10 games to score his first goal last year. But one game does not make a season, of course.

The next step for DeBrusk is to play like this consistently, night after night, and to make sure he keeps doing the little things right even if he hits a stretch when the puck isn’t going in.

Even at DeBrusk’s best, he’s been a streaky player. Last season, though, the hot streaks weren’t there. It was just cold, and too many details in DeBrusk’s game were missing in addition to the points.

The Bruins would probably even take a return to streaky as long as the hot outweighs the cold, but what they’d really love is to see this version of DeBrusk consistently.

Brad Marchand said Saturday night that he sees those necessary details in DeBrusk’s game right now, as well as a "better energy" away from the rink.

“I’ve been really happy with the way he’s played,” Marchand said. “Jake’s a guy that feeds off confidence, and he has it right now. Even the way that he’s carrying himself off the ice, he has a much better energy about him and a lot more excitement this year. He’s a guy that we need to rely on if we’re going to go far. He can be such a difference-maker with his speed and his ability to put pucks in around the net. You see that tonight.

“I thought I was even more impressed with the details in his game tonight, where he hounded pucks on his goal and turned it over, created a loose puck for Foligno and Haula to kind of do their thing. Then he went to the net and got rewarded. His details, when he takes care of them he’s a hell of a player.”

It’s fair to still have some skepticism when it comes to this DeBrusk bounce-back until we see it for a longer period of time. But on Saturday night, he showed more of the kind of play he showed in the preseason -- a kind of play that wasn’t there nearly enough last year. 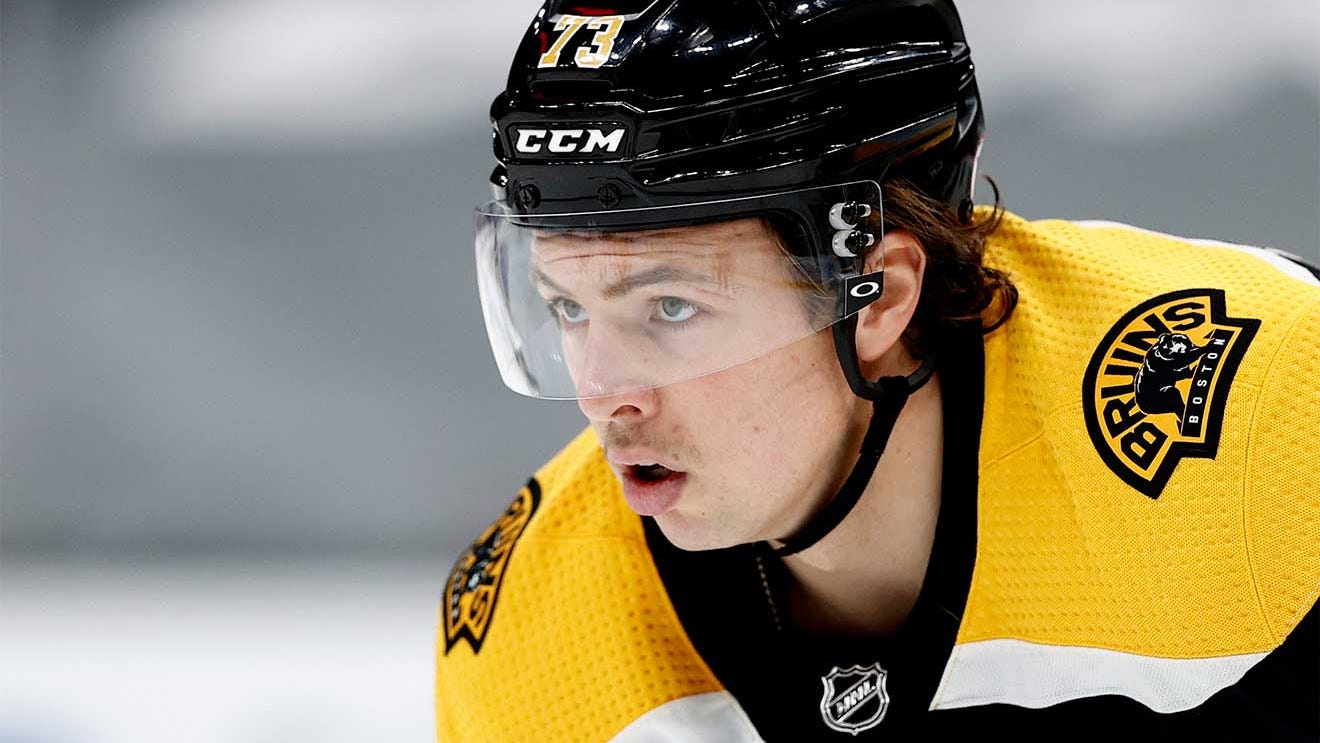