﻿The Bruins are now into their second week of not having head coach Bruce Cassidy behind the bench. Cassidy tested positive for COVID-19 early last week and has missed the last three games. He is fully vaccinated, but did experience some symptoms.

Assistant coach Joe Sacco, who has handled primary coaching duties in Cassidy’s absence, provided an update on Cassidy on Monday.

“I spoke with Butch this morning. Right now he’s feeling better,” Sacco said. “It’s just a matter of going through the protocol. Fortunately, his symptoms have dissipated a little bit. He’s feeling better.”

Sacco added that Cassidy is not expected to travel with the Bruins at least to start their upcoming three-game road trip, but that it’s become more of a “day-by-day” situation at this point. Sacco didn’t rule out Cassidy potentially joining the team later in the road trip.

Meanwhile, the Bruins now have other illnesses to deal with that are affecting travel. Linus Ullmark, Matt Grzelcyk, Charlie Coyle and Tomas Nosek all missed Monday’s practice with non-COVID illnesses. Charlie McAvoy missed Saturday’s game with a non-COVID illness, but he skated on his own before Monday’s practice, suggesting that he’s feeling at least a little better.

With Ullmark not on the ice, Tuukka Rask practiced with the Bruins as the emergency backup, marking the first time since his offseason hip surgery that he joined the full team on the ice.

Patrice Bergeron also missed Monday’s practice, but that was a maintenance day as he recovers from nose repairs after breaking his nose in Thursday’s game in Nashville.

With the illness running through the team, the Bruins changed their flight to Vancouver from Monday to Tuesday to allow for an extra 24 hours of recovery time. They face the Canucks on Wednesday and then play in Edmonton and Calgary on Thursday and Saturday, respectively. 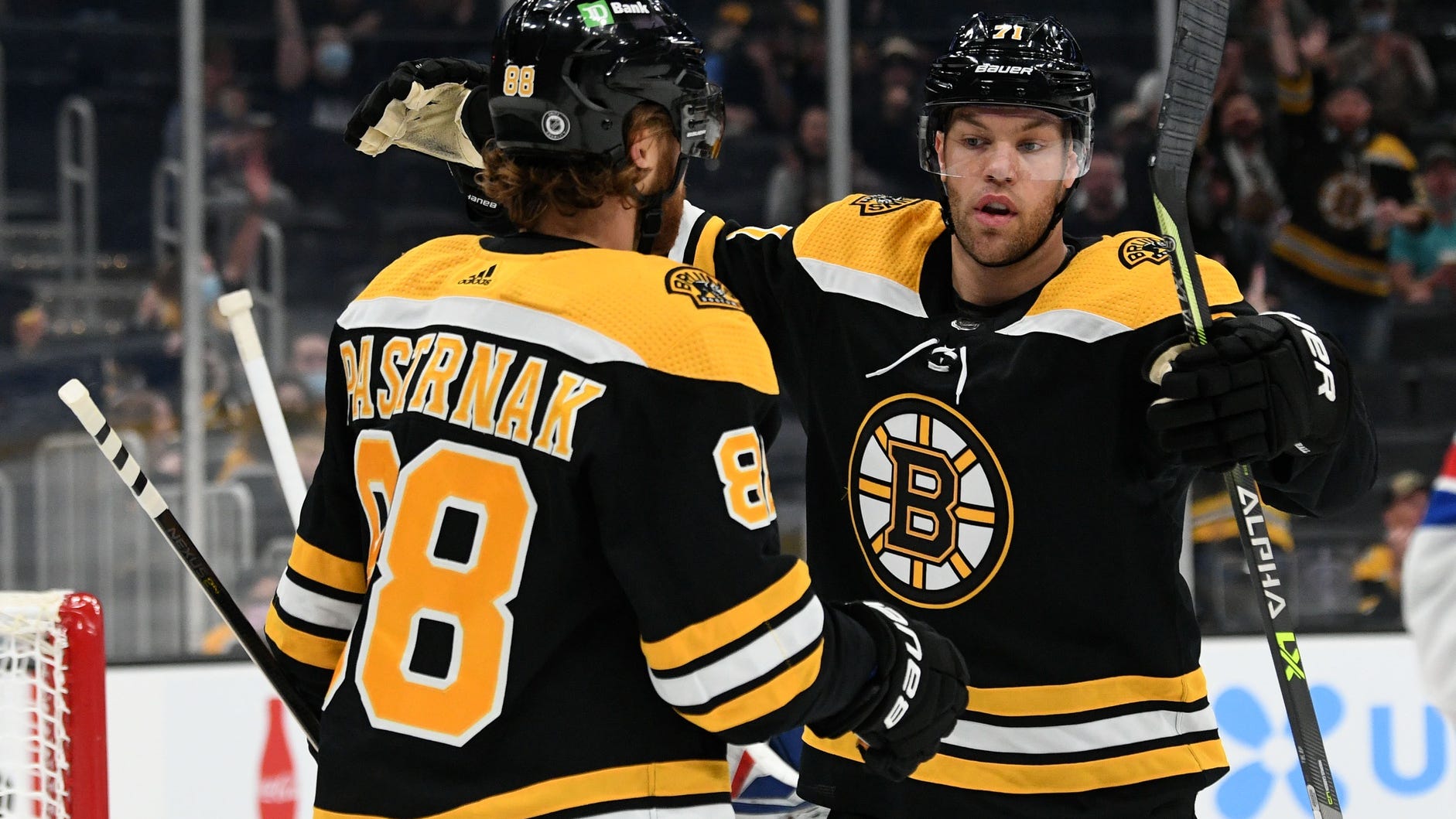