Jake DeBrusk’s value has certainly plummeted over the last couple years, but that doesn’t mean there’s no interest in him now that his trade request has gone public.

In fact, TSN’s Darren Dreger reports that “as many as 12 teams, maybe more than 12 teams” have reached out to the Bruins about DeBrusk.

Of course, that doesn’t necessarily mean Don Sweeney now has 12 suitors he can bounce off each other to drive the price up. Some of those teams’ interest may be limited to just a late-round pick or low-level prospect or something involving salary retention.

But it does suggest Sweeney will have at least some options as he looks to accommodate DeBrusk’s request, and we’re starting to get an idea of who some of those interested teams might be.

Dreger names the Vancouver Canucks, Arizona Coyotes and New York Rangers as teams that have shown interest, and says the Montreal Canadiens and Calgary Flames could be in that group as well. He also notes that the St.
Louis Blues have expressed interest in DeBrusk in the past, and could get involved again.

Sportsnet’s Elliotte Friedman adds another team to the list, speculating that the Seattle Kraken could be a fit. Friedman even names a player the Bruins could get from Seattle in return: Mason Appleton, a 25-year-old right wing who had 25 points in 56 games for the Winnipeg Jets last year, but who has struggled with the Kraken so far.

Sweeney will likely take some time to sort through his options, especially since the Bruins actually need DeBrusk to play at least through the end of the week. Brad Marchand is out for two more games due to suspension, Anton Blidh is injured, and the Bruins can’t call up anyone from AHL Providence due to a COVID outbreak that has the team locked down. That leaves the Bruins with just 12 forwards available for the time being. 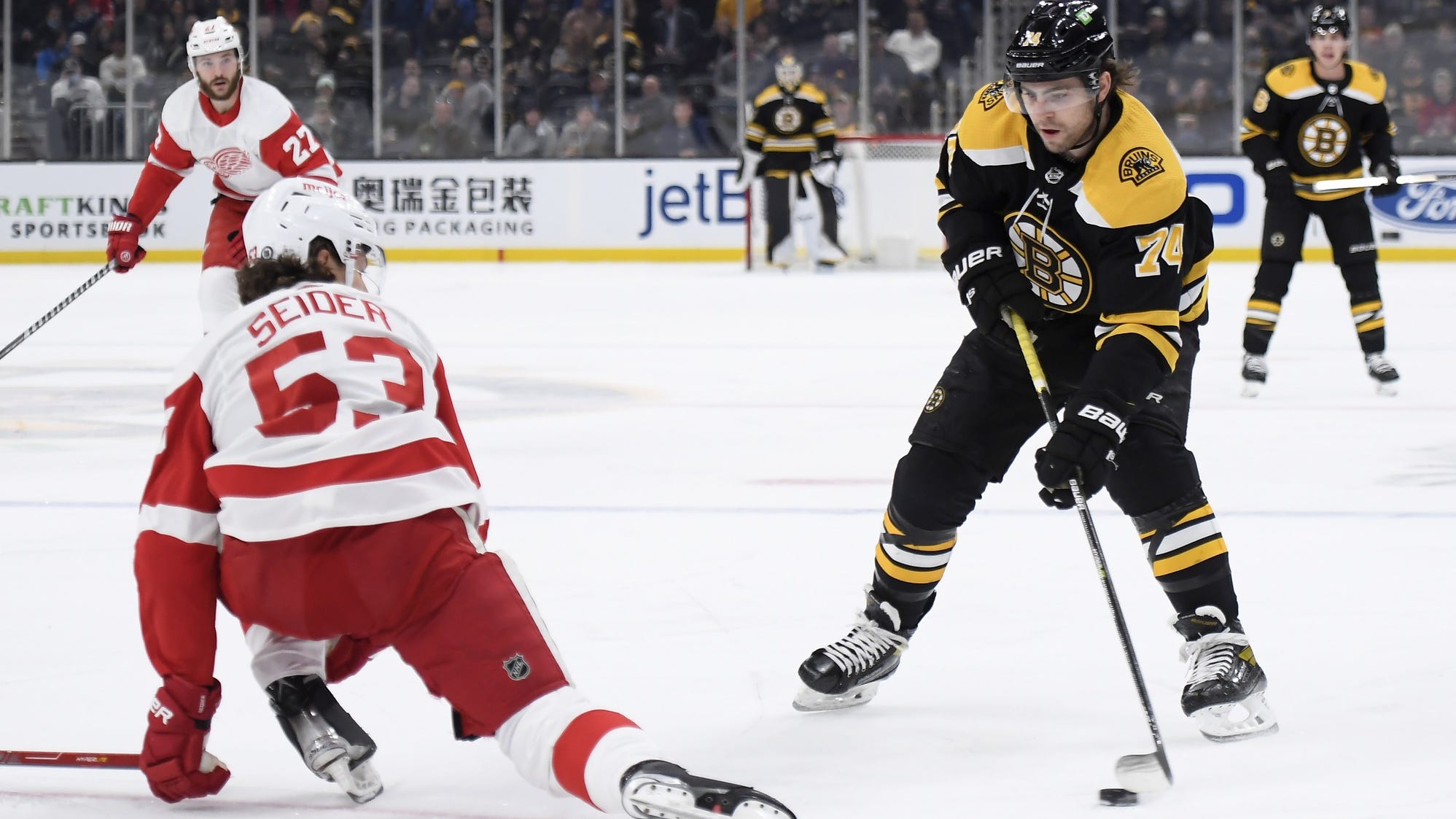