The Bruins' top two lines appeared to be set to start the season, but now Jim Montgomery's plan has hit a snag.

Montgomery told reporters on Sunday that Taylor Hall is "week-to-week" with an upper-body injury. Hall suffered the injury during the second period of Saturday's preseason win over the Flyers when he took a high stick from Ronnie Attard and went down awkwardly. It's unclear exactly what part of the upper body he injured.

Montgomery had said after the game that Hall was considered day-to-day, but revealed on Sunday that the injury was "a little more significant" than initially thought.

With the Bruins set to open the regular season on Oct. 12, it's possible Hall could miss some regular-season games depending on how the next week-plus goes.

Montgomery had Pavel Zacha in Hall's place with David Krejci and David Pastrnak on Sunday, and said he is considering the all-Czech line as an option.

"I am thinking about putting Pavel there," Montgomery said. "They come from the same school of thought with their upbringing. So, let's see what it looks like."

Zacha had been playing with Patrice Bergeron and Jake DeBrusk, so there's now an opening there. If Montgomery keeps DeBrusk on the right side, then the left-wing options would be A.J. Greer, Nick Foligno and Trent Frederic.

Another option would be to flip DeBrusk to the left side and give top prospect Fabian Lysell a shot on Bergeron's right. Lysell was also injured during Saturday's game, but he is considered day-to-day. Montgomery said he wouldn't play Monday against the Devils, but was "probable" to play Wednesday against the Rangers. The Bruins will not rush Lysell into NHL regular-season action if they don't think he's ready, though.

"It opens up room for a lot of people," Montgomery said. "And I guess the three people you think of right away would be Frederic, Foligno and Greer, but that's what the rest of camp is for. We're going to try things out.

"And obviously Bergy is going to have a huge say in who that person is because I'm going to lean on him. And as far as chemistry, him and Zacha still is an option. It's just hopefully we'll figure it out in the next 10 days here." 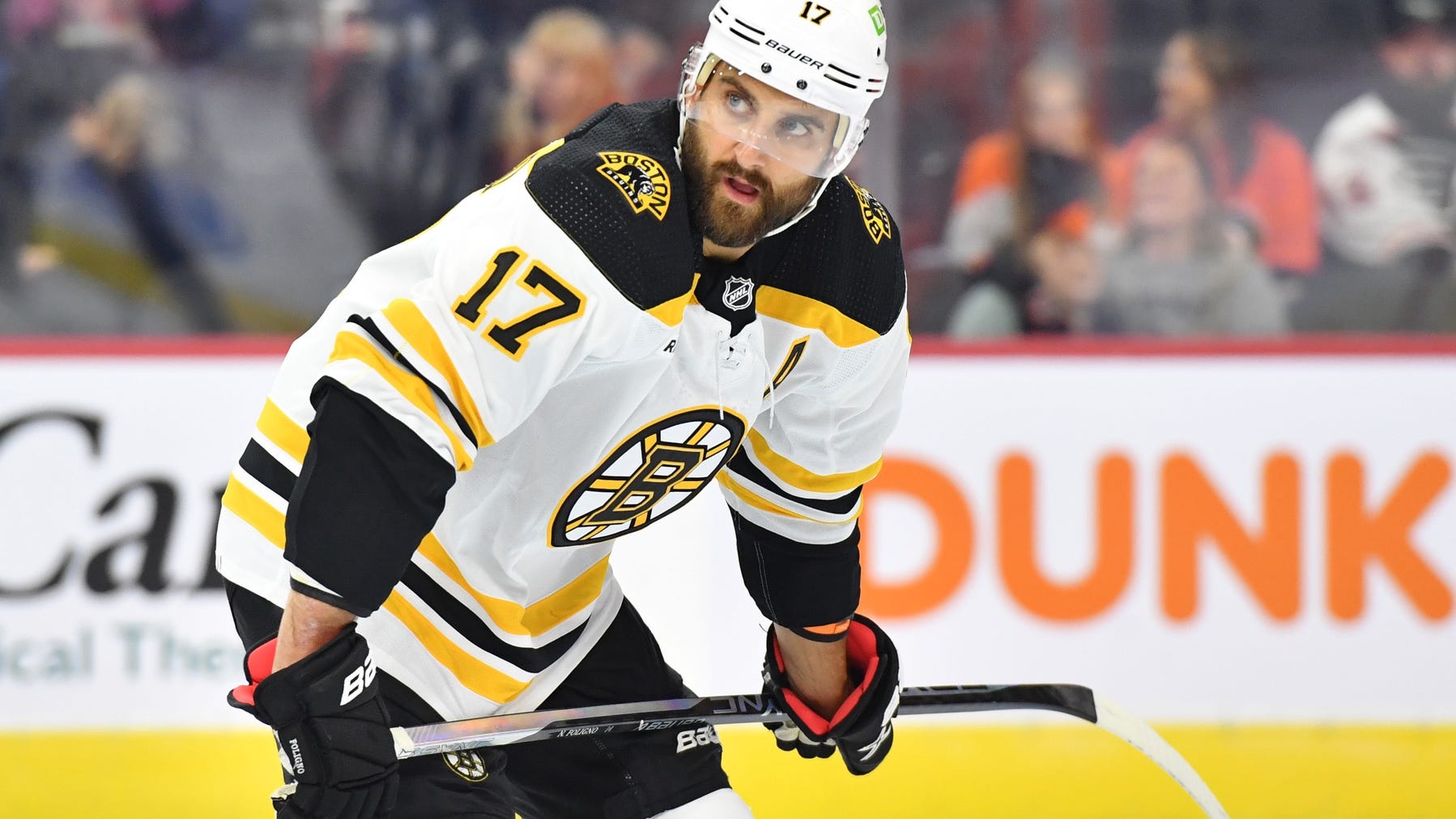