Brad Marchand has been one of the Bruins’ leaders for more than just a couple years, but it’s been clear this summer that he’s really taken the role to heart as he enters his second season as a full-time alternate captain.

At development camp last month, Marchand not only gave a scheduled speech to prospects on what it means and what it takes to be a Bruin, but he also joined the prospects for a grueling bike test. Forward Curtis Hall called Marchand’s visit an “inspiration” and goalie Kyle Keyser said it was “pretty impressive” to see.

Marchand also skated and worked out with several younger players who were in the area this summer, with Providence Bruins coach Ryan Mougenel noting this week that Marchand has had a big impact on 22-year-old defenseman Brady Lyle in particular.

“I think sometimes as young players, we think we work hard, but when you get around people like Brad Marchand and you rub shoulders with those guys, you truly understand the work that goes into the craft and being specialized,” Mougenel said. “This summer was amazing for Brady, just being able to go out on the ice with Brad and Jack Studnicka. … Brad Marchand’s been a big influence on him, just being around him.”

Meeting with the media on Friday, Marchand said he doesn’t remember exactly when he decided he wanted to be more of a leader -- it’s certainly not something that just happens overnight -- but that over time he just realized it was something he could do, and something he was already starting to do just by answering questions newer players might have. Plus, he had absorbed quite a bit from longtime linemate Patrice Bergeron.

“I don’t really remember specifically, but I know there was a point where I wanted to try to [be more of a leader],” Marchand said. “Obviously Bergy’s a guy I’ve followed my whole career. I’ve played with him and we’ve become very close, and I watched very closely what he did. So I’ve tried to kind of copy him a bit with what he did and how he handled himself off the ice.

“I think it just got to a point where I wanted to try to move into a leadership position. So I’ve tried to kind of work on that. I think at some point, guys start asking you for advice or guys start looking for you to deal with certain things. It’s more Bergy. Guys have such a high regard for him, myself included, so he’s the guy that we all go to. But obviously I know the position I’m in, a leadership role, so I just try to follow his lead on that.”

It’s one thing to be a leader among NHL teammates, the guys Marchand is around every day all season long. It takes an extra step to lead prospects, though. Marchand may never even play with some of them, but he explained why he thinks it is worth his time to work with them and be involved.

“I just think that it’s something that I know I wish I had learned at a younger age,” Marchand said. “It took me getting here and a couple years in where you really watch guys. It takes a lot of tinkering with your training and your eating and your habits and your work ethic. The quicker you learn it, the better position you’re going to put yourself in and the better position our team’s going to be in. We want these young guys to develop and learn as fast as possible, and the best way is to kind of see the older guys.”

Don’t worry: serious leader Brad Marchand still has his sense of humor, too. On a mostly joking but also a possibly serious note, the 33-year-old added that there’s a selfish aspect to it, too.

“Also, for me,” he said, “I love every year seeing the kids that are coming in. Eventually I’m going to be pushed out by somebody. The only way I can kind of stay ahead of that is to see who’s coming in and where they’re at and how much harder I need to continue to work to stay ahead of them.” 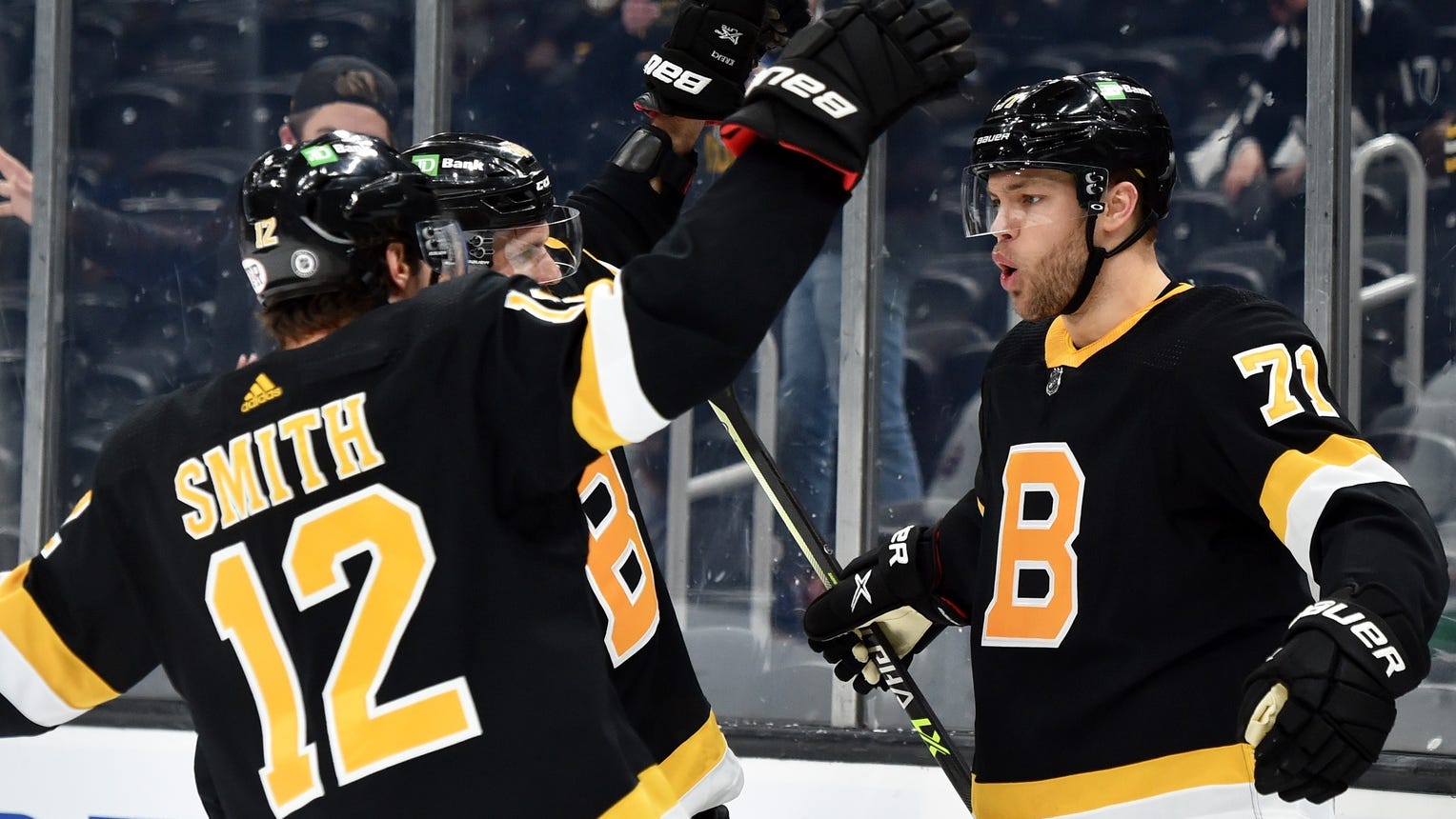 Taylor Hall explains his approach to a season without David Krejci