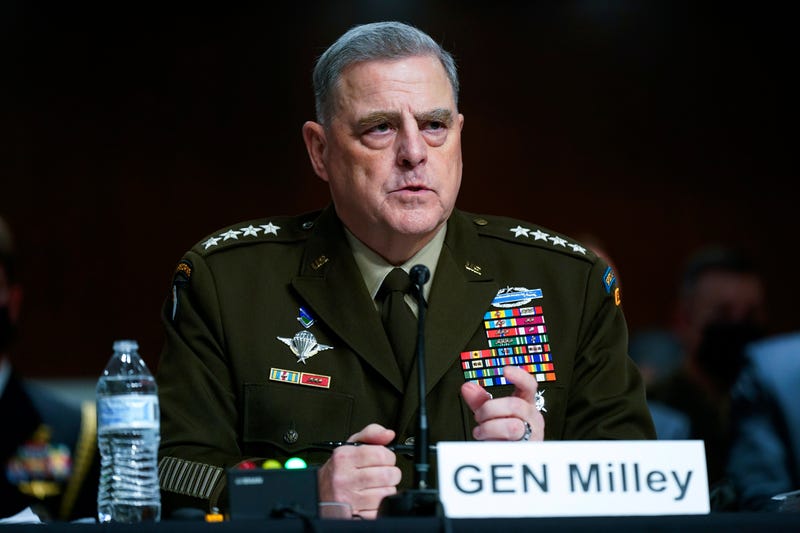 WASHINGTON (AP) — The top U.S. military officer told Congress that he knew former President Donald Trump wasn't planning to attack China and that it was his job to reassure the Chinese of this in the phone calls that have triggered outrage from some lawmakers.

Army Gen. Mark Milley, chairman of the Joint Chiefs of Staff, delivered a vehement defense of two calls he made to his Chinese counterpart, saying he was responding to a “significant degree of intelligence” that China was worried about a U.S. attack.

“I know, I am certain, that President Trump did not intend to attack the Chinese. ... And it was my directed responsibility by the secretary to convey that intent to the Chinese,” Milley told the Senate Armed Services Committee on Tuesday. “My task at that time was to de-escalate. My message again was consistent: Stay calm, steady, and de-escalate. We are not going