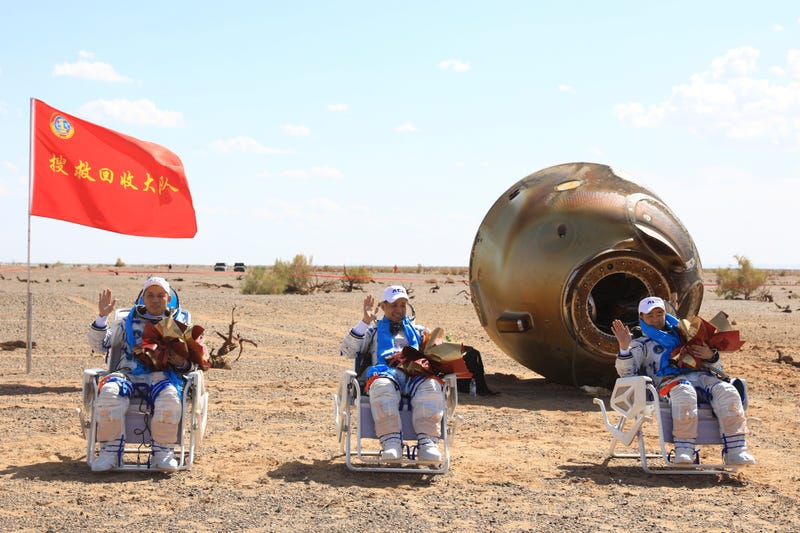 While few details have been made public by China’s military, which runs the space program, astronaut trios are expected to be brought on 90-day missions to the station over the next two years to make it fully functional.

The government has not announced the names of the next set of astronauts nor the launch date of Shenzhou-13.

China has sent 14 astronauts into space since 2003, when it became only the third country after the former Soviet Union and the United States to do so on its own.

China’s space program has advanced at a measured pace and has largely avoided many of the problems that marked the U.S. and Russian programs that were locked in intense competition during the heady early days of spaceflight.

That has made it a source of enormous national pride, complementing the country's rise to economic, technological, military and diplomatic prominence in recent years under the firm rule of the Communist Party and current leader Xi Jinping.

China embarked on its own space station program in the 1990s after being excluded from the International Space Station, largely due to U.S. objections to the Chinese space program's secrecy and military backing.

China has simultaneously pushed ahead with uncrewed missions, placing a rover on the little-explored far side of the Moon and, in December, the Chang’e 5 probe returned lunar rocks to Earth for the first time since the 1970s.

China this year also landed its Tianwen-1 space probe on Mars, with its accompanying Zhurong rover venturing out to look for evidence of life.