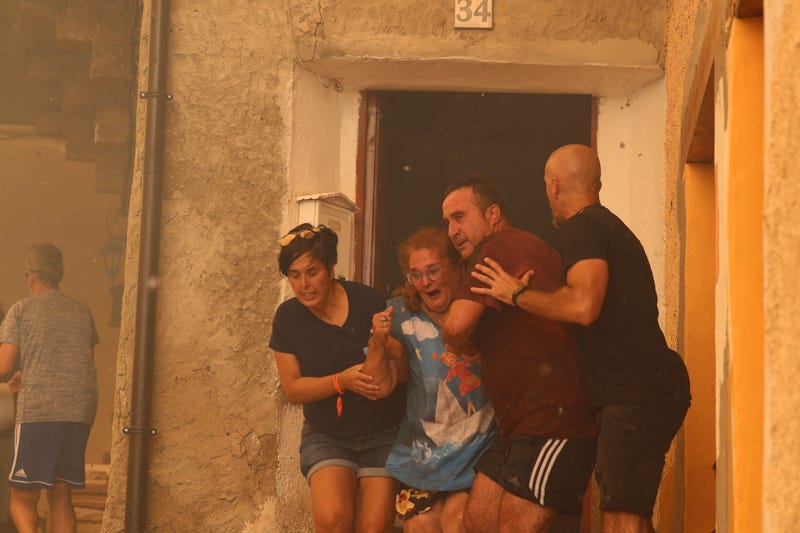 MADRID (AP) — A large wildfire in northeast Spain grew rapidly overnight and was burning out of control Sunday, forcing the evacuation of eight villages and 1,500 people in Zaragoza province, firefighters said.

The head of the local Aragon government, Javier Lamban, said Sunday that the situation was critical in the town of Añon de Moncayo and the priority for the 300 firefighters fighting the blaze was to protect human lives and villages.

The wildfire, which began Saturday, developed a 50-kilometer (31-mile) perimeter in less than 24 hours, the local forest chief said. It's estimated burned surface could be up to 8,000 hectares (20,000 acres), state news agency EFE reported.

Those who fled took shelter in three different sports centers in nearby towns.

Firefighters said the outlook for taming the blaze depends on the weather, but gusty winds up to 60 kilometers (37 mph) were predicted.

Drought and extremely high temperatures in the Mediterranean country are turning 2022 into the worst year of the century in terms of fires.

So far this year, the Spanish Ministry for Ecological Transition has registered 43 large wildfires, which are those that have burned at least 500 hectares (1,250 acres). That is four times the amount of the previous year and a record for the last decade.

Follow all AP stories on climate change and the environment at https://apnews.com/hub/climate-and-environment.