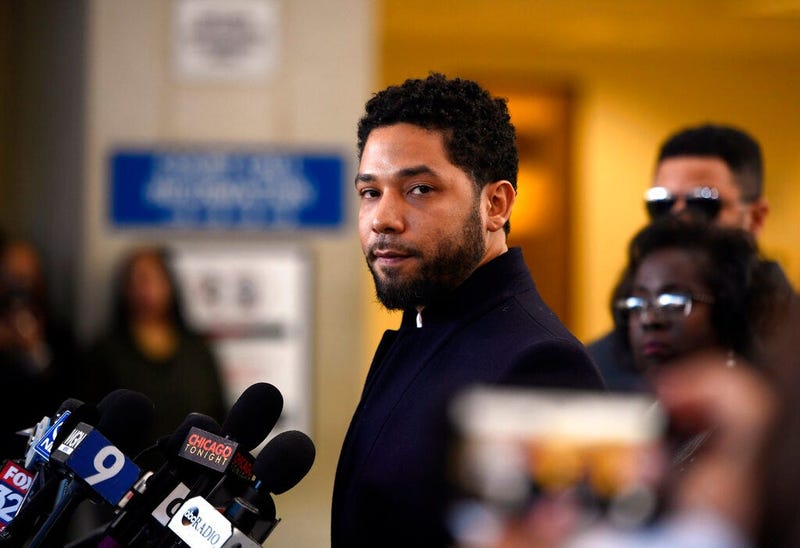 CHICAGO (WBBM NEWSRADIO) -- The city of Chicago has now formally filed a lawsuit against "Empire" star Jussie Smollett in hopes of recovering $130,000 in costs police say they incurred investigating what they call a hate-crime hoax.

The city recently sent Smollett a bill connected to its investigation of his claim that two men jumped him in Streeterville in January during one of the coldest nights of the year.

The Cook County State’s Attorney’s office dropped disorderly charges against Smollett in a controversial decision three weeks ago, as part of an “alternative” prosecution it says it offers some non-violent offenders.

Former federal prosecutor Renato Mariotti said discovery in the city's civil suit "could be very interesting, if the case gets to that point."

"We would presumably get to see whatever emails or documents or other things that might shed some light on some of the circumstances that gave rise to that unusual resolution to the case."

Mariotti said Smollett may not want to endure discovery and may end up paying close to the $130,000-plus the city is demanding.