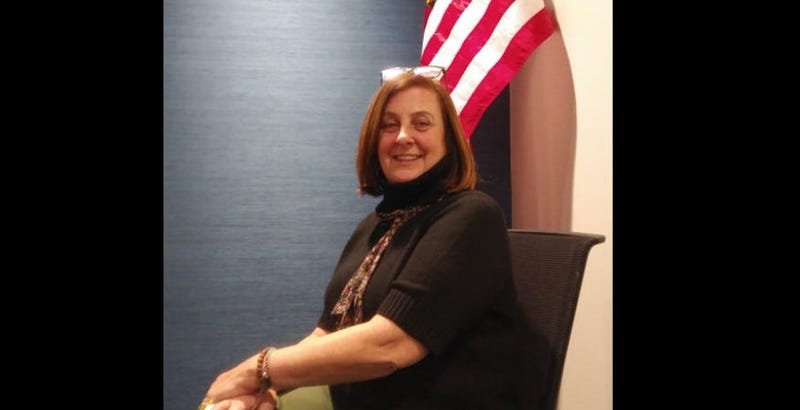 CHICAGO (WBBM NEWSRADIO) -- "A mother had called me about her son and he was suicidal," Modie Lavin begins.

"It wasn't the first time I had spoken with the mother and unfortunately an ultimatum was made that her son find some help and or would not be able to live at home anymore."

Being the type of person who takes those kind of phone calls from combat veterans and their families is what makes Lavin this week’s Difference Maker.

When her own son, USMC Cpl. Connor T. Lowry, was killed in 2012 serving in Afghanistan while leading a Marine Corps convoy, Lavin said she was pretty much bed-ridden with grief for a year afterward.

What got her back up and running? "I have a real simple answer and that was my daughter. I had a very hard time and many thoughts of not wanting to move on, but I did it for her, because it was breaking her heart."

Her daughter, Gracie, told her that she needed to do something -- anything. That’s when Lavin first began volunteering with veterans programs for the Chicago Park District.

"A lot of veterans suffer from the same thing I do and that's traumatic grief," she said.

It was there while networking that she heard about the Road Home Program at Rush, which provides free individualized care to veterans and their families, helping to heal the invisible wounds of war.

"It spurred my interest that maybe I could make a bigger difference in veterans and their families lives by working for a non-profit mental health clinic," Lavin said.

She applied for a job, was hired, and now works as the program's Outreach Coordinator with one major qualification: "Trauma, I'll use that one word. Losing a child, especially in war, is very traumatic and I've had to overcome my own mental health."

The Road Home program deals specifically with veterans and their families coping with the effects of Post Traumatic Stress Disorder (PTSD), Military Sexual Trauma (MST) and depression and anxiety related to military and combat experience.

"We can't actually go to combat veterans' front door and ask them if they could use some mental health services so we reach out in various ways," Lavin said.

As an Outreach Coordinator, Lavin attends and hosts events and educates staff at other organizations. These interactions allow her to find or show others where to send those that are in need of help. Even a brief chat at the grocery store with Lavin can bring life changing results.

"I began talking to a clerk at a grocery store whose son had been serving in the military, but is now at home un-employed. The next thing I know he had become a client of the Road Home Program," she said.

With her outreach efforts Lavin de-stigmatizes mental health issues and encourages veterans to seek help and their families to seek help.

"It's our mission to make sure that our communities are aware that it's ok, to not be ok," she said.

As for the ultimatum discussed in a phone call from the desperate mother of a suicidal combat veteran, Lavin said, "He was here at the Road Home Program for three weeks and has moved on. He is employed, has his own place, has a well developed and healthy relationship back with his parents, and that's what I call success."

And that success has made Modie Lavin this week's difference maker.

"I try to keep myself out in the community, stay very busy, and to be that 'pillar' for communities to know that if your veteran needs anything, call Modie Lavin," she said.

Do you or someone you know need help?

The Road Home Program at Rush provides comprehensive, evidence-based treatment in a safe and supportive environment. Call (312) 942-8387 (VETS). Services are provided regardless of discharge status or ability to pay.