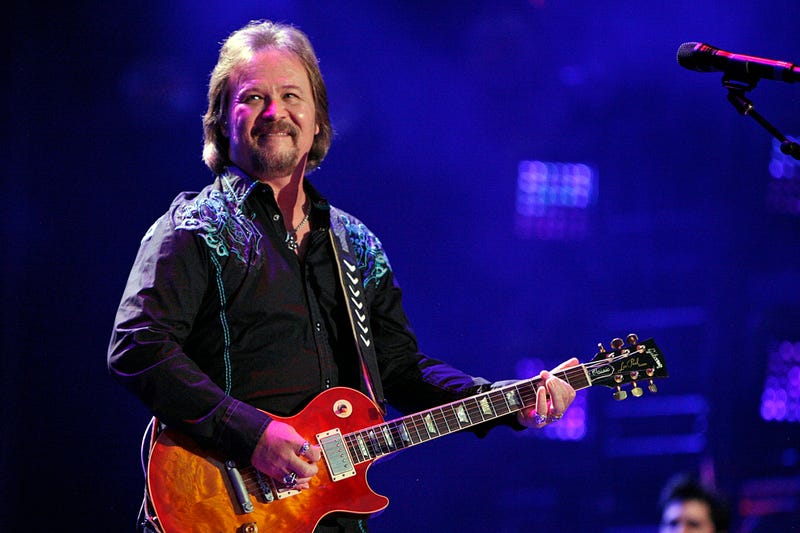 ATLANTA (AP) — Country musician Travis Tritt, who canceled shows at venues that required a COVID-19 vaccine or mask-wearing, sang the national anthem before Game 6 of the NL Championship Series on Saturday night.

Wearing a Braves jersey, Tritt received a smattering of applause when he was announced as a “country music legend.”

There was a problem with Tritt's microphone, but a worker quickly handed him a backup mic that allowed him to sing “The Star-Spangled Banner” without any further issues.

After belting out the final words, Tritt patted his heart to a loud round of applause from the crowd of some 41,000. He lingered a bit in the prime seats behind home plate, bumping fists, shaking hands and chatting up the largely mask-less fans.

The 58-year-old Tritt is a native of suburban Marietta, not far from the Braves' stadium. He has been a vocal supporter of Atlanta's sports teams, even penning a forgettable 2004 ode to the city's NFL team, “Falcons Fever.”

Tritt announced this week he was canceling shows in Indiana, Mississippi, Illinois and Kentucky over COVID-19 mandates, joining other prominent entertainers such as Eric Clapton and Van Morrison in protesting rules designed to curb the spread of a virus that has killed more than 700,000 Americans and nearly 5 million people around the world.

Tritt told Billboard that he’s “not against the vaccine” but is “against forcing people to take medicine that they may not need and may not want.”