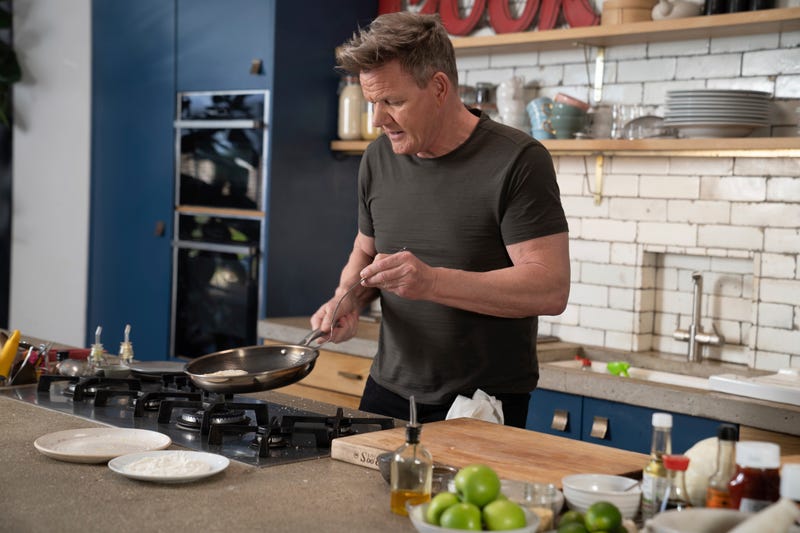 NEW YORK (AP) — How did Gordon Ramsay spend his pandemic lockdown? Getting frenetic in a kitchen, of course.

The chef with a dizzying number of books, restaurants and TV shows was home in Cornwall, England, with mouths to feed last year when he did a series of lives on Instagram cooking meals in 10 minutes or less. The fast-moving endeavor he began on YouTube the year before culminated in “Ramsay in 10,” his latest cookbook filled with recipes made against the clock.

“There's so much fun to be had in cooking food that doesn't need to take 60 or 70 minutes at a time,” he told The Associated Press in a recent interview on Zoom from Los Angeles. “'Ramsay in 10' was a bit of a miracle because it's the first time in 20 years anyone's ever said to me, `Stop. Time out.'”

The world is used to seeing a sped-up — and sometimes terrifying — Ramsay, saving failing restaurants, judging chefs competing for prize money, scaling Sicilian cliffs in search of the perfect octopus. But it's not used to seeing him run around his own kitchen surrounded by his wife, Tana Ramsay, and their kids, ranging from 2 to 23.