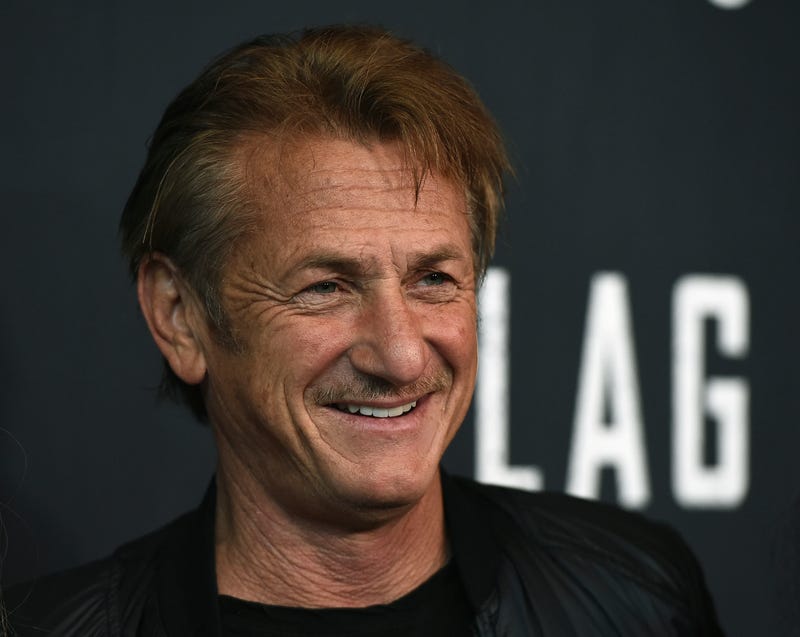 ATLANTA (AP) — A disaster relief organization founded by actor Sean Penn is boosting Georgia's drive to inoculate people against the coronavirus, though some of its pop-up vaccine clinics have struggled to attract people.

CORE has offered COVID shots at hundreds of sites in big and small communities around the state, including schools, farmers' markets and meat plants. But it has had few takers at some locations — a likely reflection, at least in part, of skepticism about vaccines in Georgia. The percentage of people who are fully vaccinated in the state is well below the national average, and that's a big factor in Georgia's nearly three-month surge in COVID infections and hospitalizations.

On a recent weekday, one person came in to get inoculated over six hours at an Atlanta church where CORE was offering the Johnson & Johnson and Pfizer vaccines. State health officials say regardless of how many people show up at each site, the group has been a key partner in their mobile vaccination efforts.

“We feel like every opportunity is not wasted if we can get a shot in an arm,” said Chris Rustin, a senior advisor to the commissioner of the Georgia Department of Public Health.

CORE, which stands for Community Organized Relief Effort, is also offering vaccines in Washington, D.C., Oakland, California, New Orleans, Chicago, Los Angeles and a county in North Carolina. Penn started the organization in 2010 after a catastrophic earthquake claimed tens of thousands of lives in Haiti, and it still works in the country.

“We ’re really trying to focus on the last frontier of unvaccinated individuals," said Teni-Ola Ogunjobi, a spokeswoman for the group.

At a Pilgrim's Pride chicken plant about 60 miles (96 km) west of Atlanta, CORE workers on a Friday in May offered Moderna and Johnson & Johnson vaccines to employees starting at 5 a.m. in a room off a break area.

In less than three hours, more than two dozen employees had come through for a shot, among them Major Goodman, 61. Goodman said he didn't want to get the vaccine, but worried about infecting his 86-year-old mother.

Most of his colleagues refused, citing conspiracy theories, including that the shots delivered microchips that the government would use to track them, he said.

“We got a bunch of hard-headed folks here,” Goodman said.

In contrast, the CORE site at the Atlanta church last week attracted only one person — a college student — from 10:30 a.m. to 4:30 p.m. Site manager Riley Erickson spent much of the day waiting in an air-conditioned room full of empty chairs, though the group had reached out to neighbors and the church had advertised the location to its large congregation.

Erickson said the vaccination rate in the area was low, so he wasn’t surprised by small turnout. Only 46 percent of Georgia residents are fully vaccinated. The national average is 54 percent.

“When you put the effort into going into areas where there’s less interest, that’s kind of the result,” he said. His takeaway, however, was that CORE needed to come back at busier times, including the weekend.

Overall, the group has administered more than 55,000 shots since late March at its Georgia pop-up sites. Throughout the state, more than 10 million doses have been administered. Vaccines are also available at pharmacies, hospitals and doctors' offices.

CORE offers vaccines for free, but accepts health insurance reimbursements. It also has contracts with four Georgia counties and is finalizing a deal with the state to pay for vaccine events, Herro said. Funding for community outreach comes from a foundation backed by the billionaire owner of the Atlanta Falcons, Arthur Blank, and the Community Foundation for Greater Atlanta.

“They’re just a very nimble organization that’s able to go into areas very quickly and rapidly, stand up very fast and offer vaccines to the community,” Rustin said. He spoke about CORE at a state public health board meeting on Tuesday.

CORE experienced an uptick in vacci