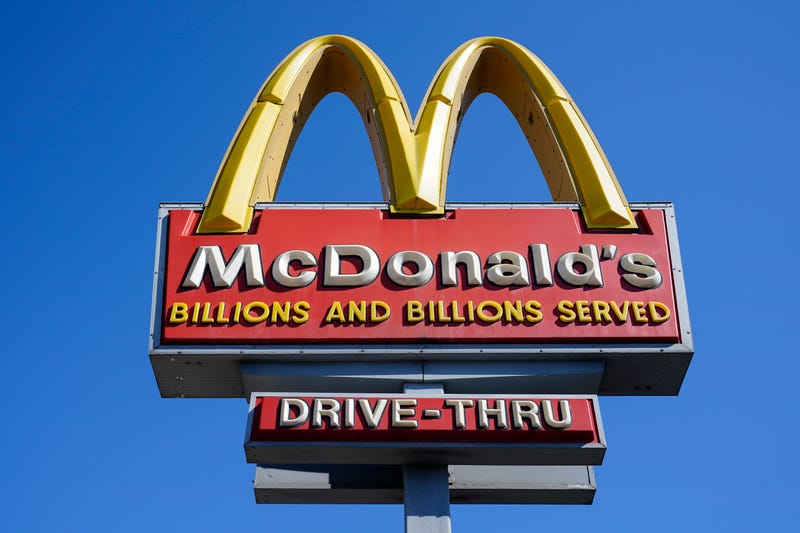 Revenue jumped 14% to $6.2 billion in the July-September period, the Chicago burger giant said Wednesday. That beat Wall Street’s forecast of $6 billion, according to analysts polled by FactSet.

The company said U.S. prices were up 6% over the prior year in the July-September period to cover rising wages and higher costs for commodities like food and paper. So far, customers are taking that increase in stride, McDonald's Chief Financial Officer Kevin Ozan said in a conference call with investors.

Ozan said McDonald's expects prices will be 6% higher for the full year. The company expects commodity costs to be up 3.5% to 4% for the full year, an acceleration from the 2% increase it saw in the first nine months of this year. It expects those higher costs to persist into the new year.

“Certainly pricing and cost pressures are a bigger focus over the last few quarters than they had been previously,” Ozan said.

But he said labor shortages continue to curtail service. Some locations are closing earlier than they usually would, for example, and service times are slower.

“I was hoping and expecting that we were going to see the situation improve maybe a little bit more quickly than what’s materialized,” Kempczinski said. “I think it is going to continue to be a difficult environment for the next several quarters.”

Sales at stores open at least a year rose 12.7% worldwide in the third quarter, surpassing pre-pandemic levels and easily topping the 10% increase Wall Street had been expecting as coronavirus restrictions eased in most markets.

Eighty percent of U.S. dining rooms are now open, up from 70% in the second qua