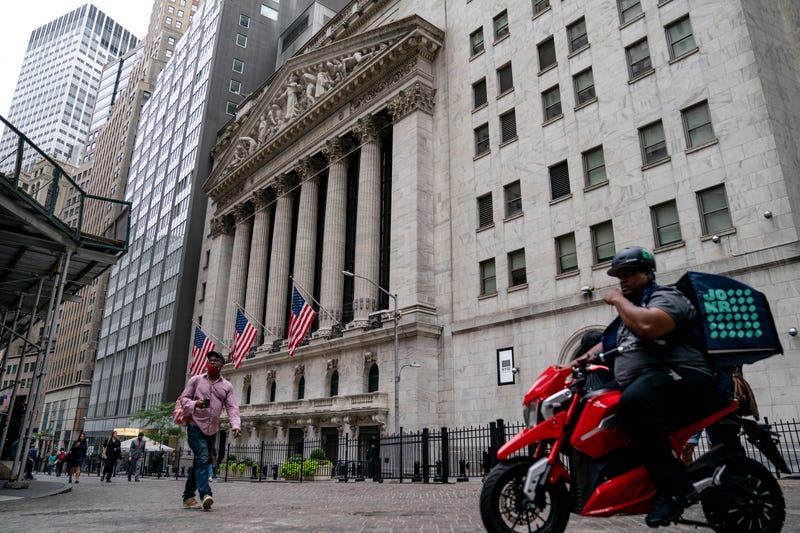 Wall Street capped a choppy day of trading Friday with an uneven finish for the major stock indexes, as losses for several large technology companies weighed on the market.

The S&P 500 was little changed a day after it set an all-time high, but the 0.1% slip ended its seven-day winning streak. The Dow Jones Industrial Average notched a 0.2% gain, good enough to eclipse the blue-chip index's previous record high set on Aug. 16. The tech-heavy Nasdaq composite fell 0.8%.

Some 65% of stocks in the S&P 500 closed higher, led mainly by financial and health care companies, but losses in communication and technology companies, which have an outsized weight on the benchmark index, held the S&P 500 down.

Despite the downbeat finish to the week, the three major indexes posted their third weekly gain in a row. Investors have been reviewing corporate earnings over the last two weeks and the mostly solid results have helped stocks generally grind higher.