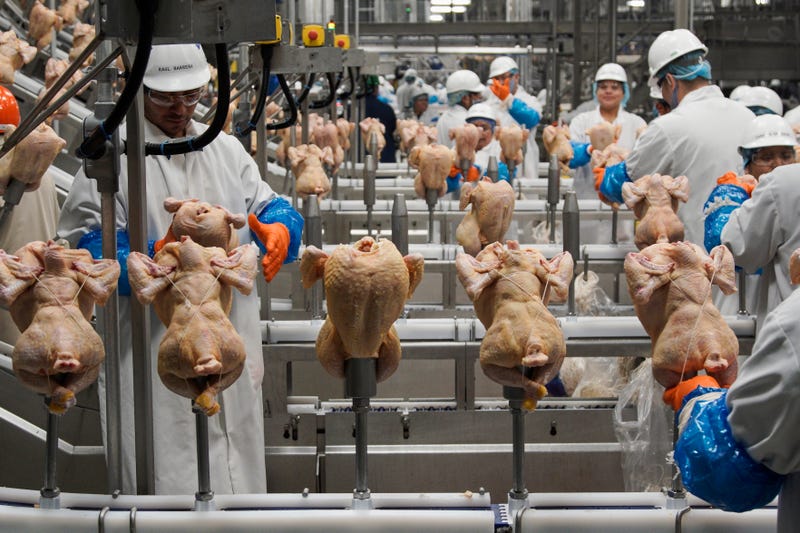 OMAHA, Neb. (AP) — Federal health officials are rethinking their approach to controlling salmonella in poultry plants in the hope of reducing the number of illnesses linked to the bacteria each year, and on Tuesday the U.S. Department of Agriculture announced several steps it plans to take to achieve that goal.

The USDA says the industry has succeeded in reducing the level of salmonella contamination found in poultry plants in recent years, but that hasn't translated into the reduction in illnesses the agency wants to see.

Poultry is linked to roughly 23% of the 1.35 million salmonella infections in the U.S. each year that lead to roughly 26,500 hospitalizations and 420 deaths, and those numbers haven't changed much. Salmonella typically causes diarrhea, fever and stomach cramps, and severe cases require hospital care.

So the U.S. Department of Agriculture plans to set up pilot projects to try changing the way it tests for salmonella in plants and to try encouraging the industry to do more on the farm to reduce the amount of bacteria on chickens before they enter the plant. The agency also plans to hold a series of meetings with industry officials and interested groups to discuss other ways to reduce the risk of salmonella illnesses.

“This is deeper, more targeted and more system-based approach than in the past,” Agriculture Secretary Tom Vilsack said. “The hope is that we can significantly reduce the risk of these serious cases and it’s certainly worth the effort.”

The agency also wants to encourage farmers to take a combination of steps proven to reduce bacteria in their chickens, including using more vaccinations, adding probiotics to feed and doing more to ensure that the birds' bedding, food and water remain clean.