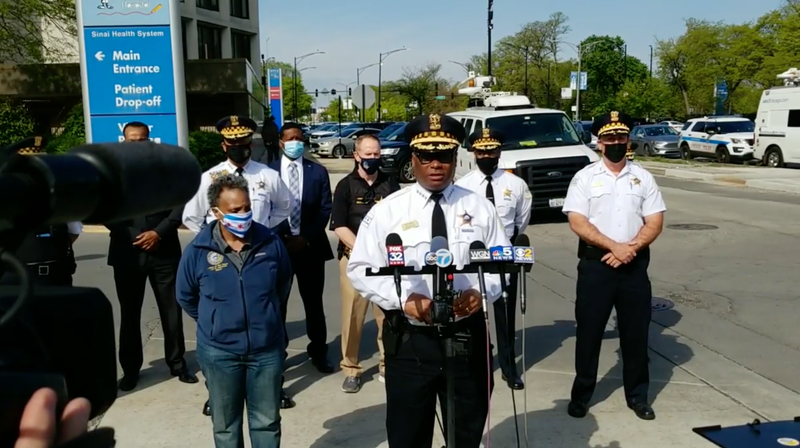 CHICAGO (WBBM NEWSRADIO) — Two Chicago police officers are out of the hospital after being shot Sunday morning in Lawndale.

The officers were responding to a ShotSpotter Alert near 14th Street and Lawndale Avenue at around 7:19 am when they saw a person in a vacant lot, according to Police Supt. David Brown.

He said the officers are in good condition. One officer was hit in the hand and the other in the leg and shoulder.

The superintendent said the gunman is in stable condition after being shot in the lower extremities.

Mayor Lori Lightfoot, speaking outside of Mount Sinai, said a paramedic who just graduated on Friday was among those who brought the officers to Mount Sinai Hospital for treatment.

“So, let’s say a prayer for all involved. Let’s pray for peace in our city,” Lightfoot said.

Brown said they are the fifth and sixth Chicago police officers to be shot so far this year.