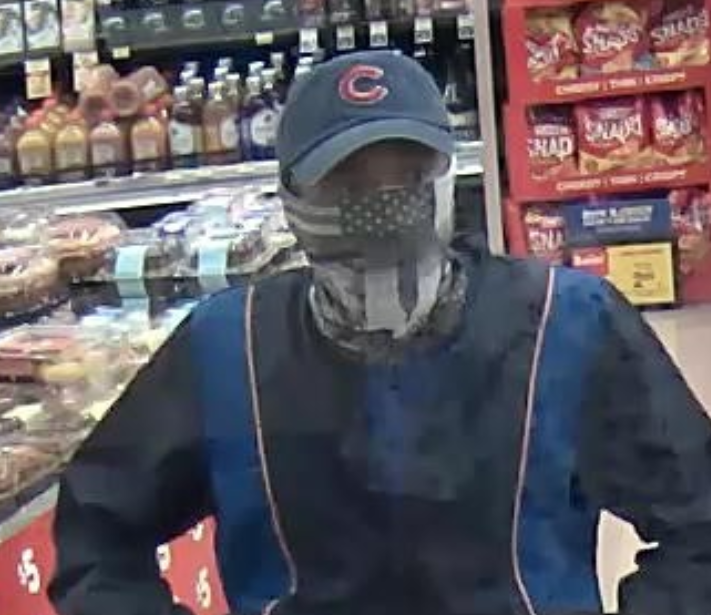 (WBBM NEWSRADIO) — The FBI is searching for a man in connection to a bank robbery Friday in suburban Skokie.

The suspect entered the bank with a handgun and demanded money before leaving the scene, the FBI said. It wasn’t immediately known how much money he took, according to the FBI.

He was seen wearing a blue and black windbreaker with a half-zip, a blue or black American flag gaiter, dark pants and shoes and a Chicago Cubs baseball hat, according to the FBI.