CHICAGO (WBBM NEWSRADIO) -- Unionized CTA bus drivers are suggesting there could be some kind of job action as soon as July, if something isn’t done about violence on the system.

“We come here to move this city, not be attacked,” Hill told CBS 2. "This is a deeper problem with the violence in Chicago that has spilled onto the transit system."

A recent incident in which a passenger pulled out a gun and fired shots at a bus brought Hill to the boiling point.

“He made a threat – told her he was going to blow her brains out,” Hill told CBS 2. “That’s a common thing for us. We endure that all day every day.”

Hill told CBS 2 the $48 million spent on CPD officers providing security is not something the drivers see.

“If it’s unsafe for us to drive up and down the street; we have no protection; nobody cares about us or concerned about us – the city is going to have a problem,” he said. 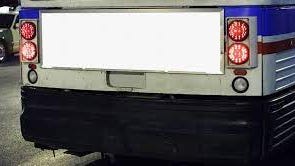 There have been 259 recorded incidents involving violence on CTA property - trains, busses, stations, and stops - as of the end of May; down by about 50 from the same period last year when there were fewer riders.

If there aren’t improvements by the end of the month, Hill said they will consider a job action.