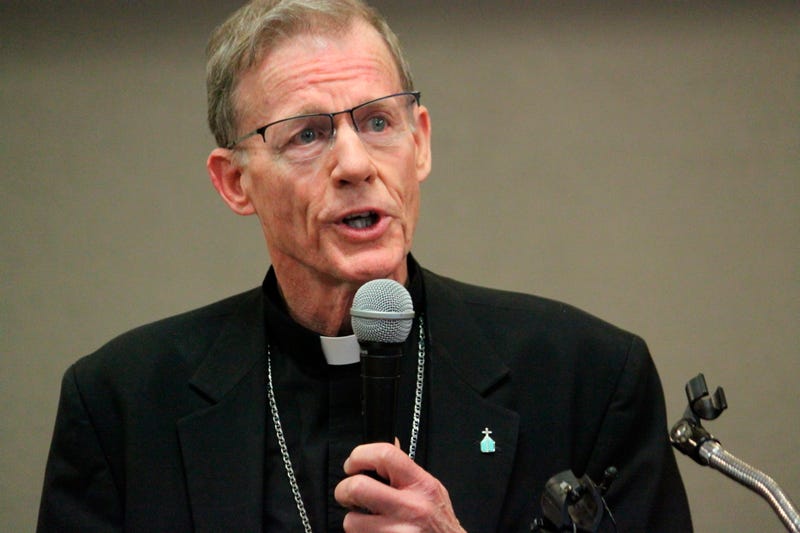 SANTA FE, N.M. (AP) — One of the oldest Catholic dioceses in the United States announced a settlement agreement Tuesday to resolve a bankruptcy case in New Mexico that resulted from a clergy sex abuse scandal.

The tentative deal totals $121.5 million and would involve about 375 claimants.

The proposed settlement comes as the Catholic Church continues to wrestles with a sex abuse and cover-up scandal that has spanned the globe. Some of the allegations in New Mexico date back decades.

The chairman of a creditors committee that negotiated the agreement on behalf of the surviving victims and others said it would hold the Archdiocese of Santa Fe accountable for the abuse and result in one of the largest diocese contributions to a bankruptcy settlement in U.S. history.

It also includes a non-monetary agreement with the Archdiocese to create a public archive of documents regarding the history of the sexual abuse claims, committee chairman Charles Paez said.

“The tenacity and courage of New Mexico survivors empowered us to reach a recommended settlement that addresses the needs of the survivors on a timely basis," he said in a statement Tuesday.

The Archdiocese of Santa Fe filed the Chapter 11 bankruptcy case seeking protection from creditors in 2018.

The settlement still must be approved by the abuse victims. It includes funds from sales or property and other assets, contributions from parishes and insurance proceeds. It does not include settlement of any claims against any religious orders, lawyers for both sides said.

“The church takes very seriously its responsibility to see the survivors of sexual abuse are justly compensated for the suffering they have endured,” John C. Wester, archbishop of Santa Fe, said in a statement Tuesday.

“It is our hope that this settlement is the next step in the healing of those who have been harmed,” he said.

In New Mexico, some 74 priests have been deemed “credibly accused” of sexually assaulting children while assigned to parishes and schools by the Archdiocese, which covers central and northern New Mexico.

Established in the 1850s after the Mexican-American War, the Archdiocese of Santa Fe filed for reorganization in late 2018 to deal with a surge of claims. An estimated $52 million has been paid in out-of-court settlements to victims in prior years.

“No amount of money can undo the pain and trauma that our clients and their families have suffered,” Dan Fasy, a lawyer who represented some of the victims, said Tuesday. “But we hope this settlement can bring some form of closure and healing to the abuse survivors we were privileged to represent.”