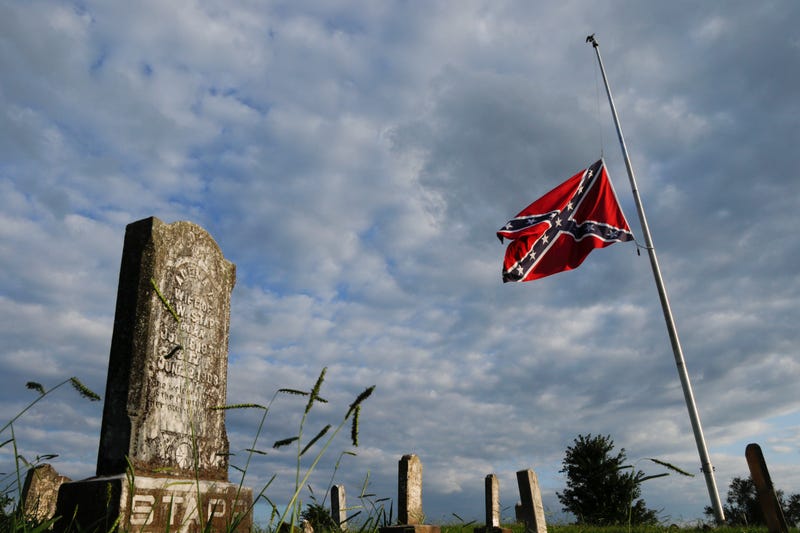 Alpharetta started the Old Soldiers Day Parade after the Civil War to honor veterans of that war, but stopped holding it a few years later. The parade resumed in 1952 at the prompting of a group of residents who wanted to recognize local veterans, and the city had sponsored it every year since.

Leake, a member of the Roswell Mills Camp Sons of Confederate Veterans, completed an application in July 2019 for the group to participate in the parade about a month later on Aug. 3. The application said the group would have a truck pulling a trailer with participants holding unit flags. Leake described the organization as being "dedicated to preserving the memory of our ancestors who served in the War Between the States and ensuring that the Southern view of that conflict is preserved.”

The city promoted the parade on its website as aiming to “celebrate and honor all war veterans, especially those from Alpharetta, who have defended the rights and freedoms enjoyed by everyone in the United States of America.”

Drinkard, the assistant city administrator, responded to the application saying that the parade aimed to unite the community and celebrate American war veterans and raised concerns about the participation of an organization devoted only to honoring Confederate soldiers. The letter said "the Confederate Battle Flag has become a divisive symbol that a large portion of our citizens see as symbolizing oppression and slavery.” That divisiveness would detract from the goals of the parade and the city, supported by the mayor, had decided not to allow the Confederate battle flag to be displayed in the parade.

The letter said the Sons of Confederate Veterans could participate without the flag and would also have to agree not to do anything “that would detract from the event goal of uniting our community for the purpose of celebrating American war veterans.”

Three days before the parade, Leake and Dean sued city officials. They sought monetary damages for the violation of their rights and also sought a court order to allow them to participate in the parade with the Confederate battle flag that year and in the future.