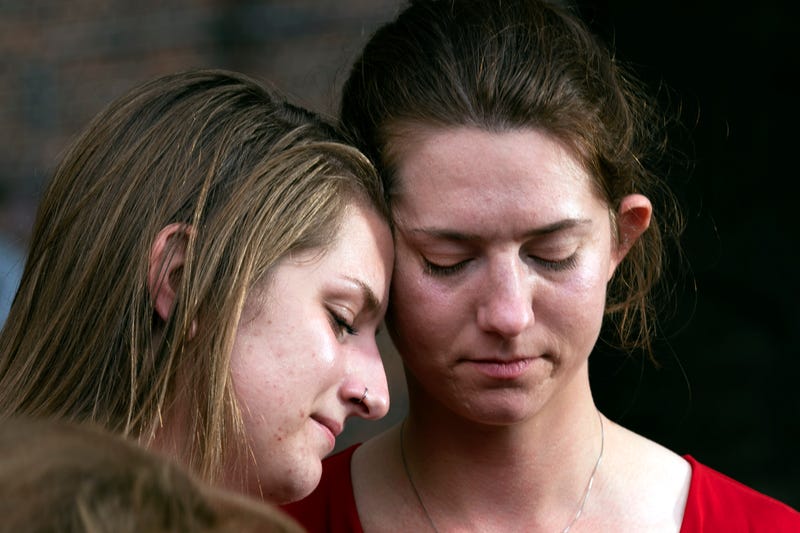 ANNAPOLIS, Md. (AP) — Selene San Felice said she often questioned how or why she survived the shooting that left five others dead at a Maryland newspaper. Montana Winters Geimer described the grievous loss she and the community suffered when her mother, longtime local journalist Wendi Winters, was killed in the attack.

San Felice and Winters Geimer were among several survivors and relatives of victims of the June 2018 killings at the Capital Gazette newspaper who testified in court Tuesday before a judge sentenced the shooter to more than five life terms without the possibility of parole.

Judy Hiaasen spoke of how difficult it was to even talk about the loss of her younger brother, Rob Hiaasen, who was an editor and columnist at the paper. She described his ability to keep memories of their mother and father alive. Now, she said, “That story has been taken from me.”

“My little brother was slaughtered, and the impact of that loss is indescribable,” she said. “It is unique, and it is never-ending.”

“The impact of this case is just simply immense,” Wachs said. “To say that the defendant exhibited a callous and complete disregard for the sanctity of human life is simply a huge understatement.”

Wachs gave Ramos an additional 345 years to underscore the fact that he would never be released from prison. And he ordered another life sentence for the attempted murder of photographer Paul Gillespie, who had previously testified that Ramos barely missed him with a shotgun blast as he ran out of the newsroom.

While Gillespie said he didn’t believe there could have been a better outcome at the sentencing hearing, he doubted a full sense of closure would ever be possible after losing his five colleagues.

“I was almost killed myself,” Gillespie said outside the courthouse. “It’s something that haunts me every day.”

In July, a jury took less than two hours to reject arguments from Ramos' lawyers during a 12-day trial that he was not criminally responsible due to mental illness for killing Winters, Hiaasen, John McNamara, Gerald Fischman and Rebecca Smith.