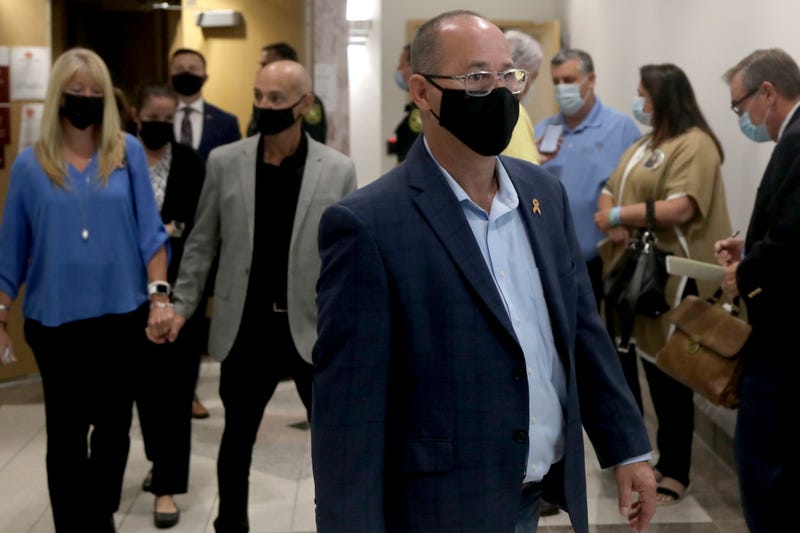 WASHINGTON (AP) — The father of a 14-year-old girl killed in the 2018 Florida high school shooting massacre announced Thursday that he's joining the top ranks of an anti-gun violence group to promote like-minded political candidates around the country ahead of next year's midterm elections.

Fred Guttenberg will be a senior adviser to Brady PAC. His daughter Jaime, an aspiring dancer and gymnast, died with 16 others during the Valentine's Day 2018 shooting at Marjory Stoneman Douglas High School in Parkland, Florida.

Nikolas Cruz pleaded guilty Wednesday to 17 counts of first-degree murder for that shooting and could face the death penalty during sentencing in January. Guttenberg, who has become a nationally known activist in the years since the shooting, said he visited his daughter's grave this week and “asked her for guidance. ’Cause Jaime is my strength.”

“Jaime may only have been 14, but she was the toughest, wisest person I ever knew,” Guttenberg said in an interview. “If you want to know my motivation for why I’m doing this with Brady PAC right now, that’s the reason.”

Brady PAC, formed leading up to 2018′s midterm elections, supports candidates who promote gun violence prevention and spent $5 million during the 2020 election cycle. It has promised to pump millions more into next year’s races.