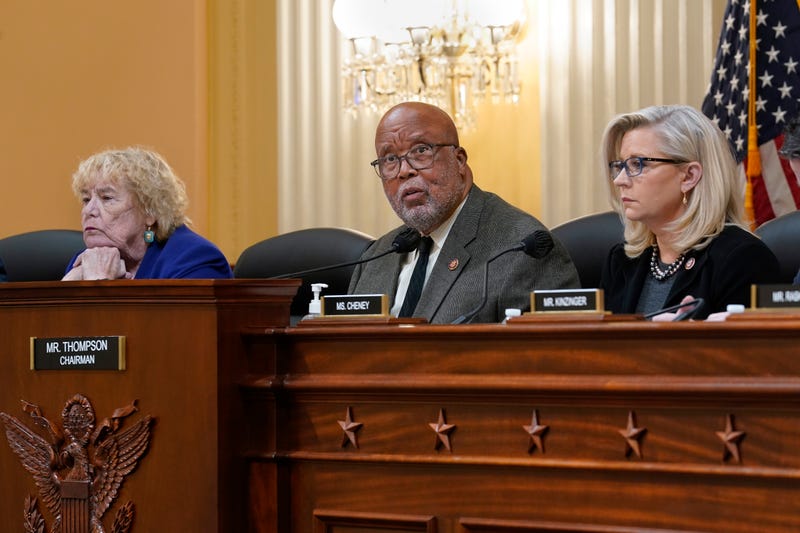 WASHINGTON (AP) — The House committee investigating the Capitol insurrection has interviewed about 250 people so far, its chairman said Thursday, a staggering pace over just five months as lawmakers work to compile the most comprehensive account yet of the violent attack and plan to hold public hearings next year.

Members and staff have conducted the interviews in private, and most witnesses have appeared voluntarily. The committee has subpoenaed more than 40 people, and lawmakers say that only two have defied outright their demands, so far. The investigation began in late July.

Rep. Bennie Thompson, D-Miss., said in an interview that the committee has deposed a wide range of people, from members of former President Donald Trump’s administration and White House to election officials in crucial swing states such as Georgia, Arizona, Michigan and Pennsylvania who were pressured by the former president and his allies as he pushed false claims of election fraud.

Looking ahead to next year, Republican Rep. Liz Cheney of Wyoming, the vice chairwoman, said the committee anticipates it will hold "multiple weeks of public hearings, setting out for the American people in vivid color exactly what happened every minute of the day on January 6th, here at the Capitol and at the White House, and what led to that violent attack.”

Lawmakers are moving to finish before the 2022 elections, viewing their work as a crucial corrective to the growing tendency among Republicans and others to play down the siege by Trump's supporters. The violent mob echoed Trump's false claims that he won the election, beating police as they broke in and sending lawmakers running for their lives when they interrupted the certification of Joe Biden’s victory,

The seven Democrats and two Republicans on the committee argue that no less than democracy is at stake as Trump considers a second run for office and as many Americans still believe his false claims of widespread fraud in the election, even though they have been rejected by courts and election officials across the country.

“History is watching,” Cheney told her fellow lawmakers at a hearing Tuesday as she discussed the committee's plans.

California Rep. Adam Schiff, another member of the panel, said that “exposing all the malefactors and bloodshed that went on here is really important,” especially as some people still believe Trump's baseless claims.

The hearings, Schiff said, will “tell the whole story of security at the Capitol, the intelligence leading up to the attacks — or lack of intelligence — the role of social media, the former president's role, the role of those around him and tell it in a narrative fashion so the public follows exactly what's going on.”

Thompson and Cheney disclosed the number of private interviews and the plan for hearings next year at a House hearing on contempt charges against Jeffrey Clark, a former Department of Justice official who championed Trump’s efforts to reverse the results of the 2020 election.

The Jan. 6 committee voted to recommend charges against Clark on Wednesday but has scheduled a second deposition with Clark for Saturday. The lawmakers say they will determine afterward whether to move ahead with the contempt charges.

The lawmakers presented their case on Clark in anticipation of a floor vote on contempt if he does not answer questions Saturday. Clark appeared for a deposition last month but refused to be interviewed, citing Trump’s legal efforts to block the committee’s investigation.

Clark's lawyer now says he wants to invoke his Fifth Amendment right against self-incrimination. Thompson said the lawyer had offered “no specific basis for that assertion.” Thompson said he viewed it as a “last-ditch attempt to delay the Select Committee’s proceedings" but said members would hear him out. The committee wants Clark to plead the Fifth Amendment on a question-by-question basis, unlike his first deposition when he and his lawyer abruptly left.

If the committee decides after the deposition that Clark is still in defiance of the subpoena, the House could vote on contempt charges as soon as next week. The Justice Department would then decide whether to prosecute.

The department has made clear it is willing to pursue the committee’s contempt charges, indicting longtime Trump ally Steve Bannon last month on two counts of criminal contempt.

According to an October report by the Senate Judiciary Committee, which interviewed several of Clark’s colleagues, Trump’s pressure on the Justice Department culminated in a dramatic White House meeting at which the president ruminated about elevating Clark to attorney general. Trump did not do so after several aides threatened to resign.

The Senate report said Clark personally met with Trump and unsuccessfully pushed his then-supervisors, acting Attorney General Jeffrey Rosen and his deputy, Richard Donoghue, to publicly announce that the department was investigating election fraud and direct certain state legislatures to appoint new electors. Rosen and Donoghue have also been interviewed by the Jan. 6 committee.

Trump, who told his supporters to “fight like hell” on the morning of the riot, has sued to block the committee’s work and has attempted to assert executive privilege over documents and interviews, arguing that his private conversations and actions at the time should be shielded from public view.

In a transcript released this week of Clark’s aborted Nov. 5 interview, committee members and staff tried to persuade Clark to answer questions. But Clark’s lawyer, Harry MacDougald, said during the interview that Clark was protected not only by Trump’s assertions of executive privilege but also by several other privileges MacDougald claimed Clark should be afforded.

The committee rejected those arguments, and MacDougald and Clark walked out of the interview after around 90 minutes of discussions.

Maryland Rep. Jamie Raskin, who sits on the committee, said the panel will assess whether Clark's answers on Saturday meet their standards of compliance.