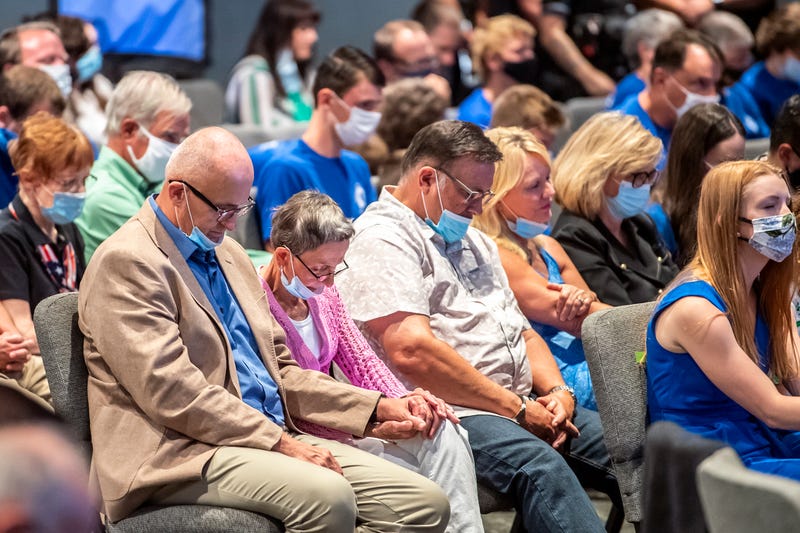 HARRISBURG, Pa. (AP) — President Donald Trump’s homestretch push to repeat his razor thin victory in Pennsylvania four years ago won't happen without white evangelicals, and there are signs that critical component of his coalition hasn't lost the faith.

It's a group that has often made the difference for Republicans on the Pennsylvania ballot. And while some born-again voters had misgivings about Trump in 2016, they helped him eke out a 44,000-vote margin of victory in the pivotal swing state. This time around, they sound eager to repay him for supporting their agenda.

Trump's policies have helped keep in the fold evangelicals who otherwise might have been discomforted by his style. Their opinions on a range of political issues make them among the least likely voters to jump to former Vice President Joe Biden, the Democrat.

A recent NBC News/Marist poll in Pennsylvania found 79% of white evangelicals saying they will vote for Trump in this year’s presidential election.

“Many of us who support the president wish sometimes he didn’t say the things he did, wish he had a character more in line with scriptural teachings,” said Laszlo Pasztor, a retired military officer from Carlisle who organizes evangelicals poltically. “Many of us say he’s a work in progress. However, his policies, nevertheless, have probably been more Christian than the policies of any president in my lifetime.”

The Biden campaign frames “the real religious issue” at stake as systemic racism, while evangelical Trump voters point to his support for anti-abortion efforts, school choice, religious freedom and the movement of the U.S. embassy in Israel to Jerusalem.

Like-minded judicial appointees are key to the evangelical political agenda. Trump has had a transformative impact on the courts system: Last year, the number of federal judicial appointees approved by the U.S. Senate was more than twice the annual average over the past three decades. And conservatives have now set their sights on what would be the Trump administration’s third U.S. Supreme Court seat, following the death of Justice Ruth Bader Ginsburg on Friday.

The vacancy is “an opportunity, albeit it’s going to be quite turbulent and challenging because of the timing,” Pasztor said, adding that participants in an online video conference for evangelical campaign efforts on Saturday morning prayed for “the comfort of Ginsburg’s family.”

Evangelicals, Christians who generally have had a “born again” personal religious conversion or awakening, form a significant slice of the electorate. They believe in the Bible as God's literal word and embrace an activist aspect to their faith. Trump was raised as a Presbyterian, a mainline Protestant denomination, and Biden is a practicing Catholic.

White evangelical voters made up 17% of the 2018 midterm electorate in Pennsylvania, according to an AP VoteCast survey. And a Pew Research Center analysis found 20% of voters nationwide in the 2016 election were white evangelicals; 77% of them backed Trump. Black Protestant voters often share religious views with white evangelicals, but they largely vote Democratic.