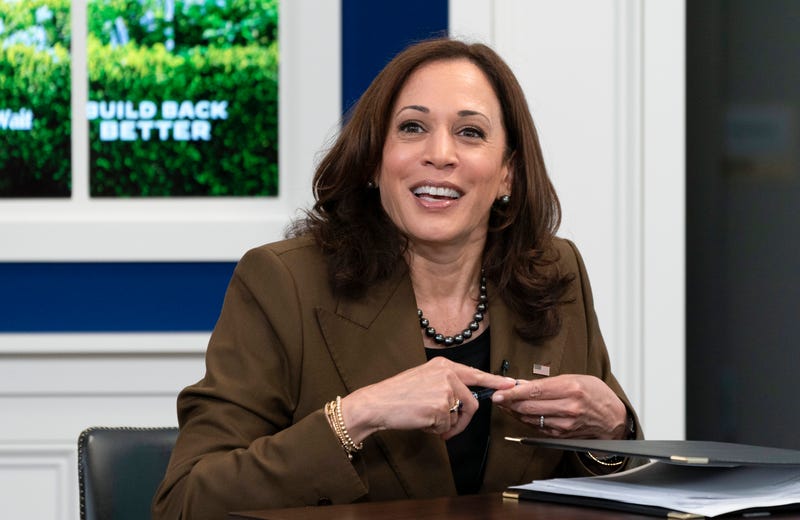 In September, Reclamation released projections showing an even worse outlook for the river.

While California is spared from next year's cuts, the nation's most populous state has experienced one of its driest years on-record while battling scores of catastrophic wildfires.

In arguing for the $1 trillion public works infrastructure deal, Harris referenced the “good union jobs” that the spending package would create, naming pipefitters, electricians and plumbers as examples. That plan passed the Senate months ago and is awaiting House approval.

Harris also spoke about the Biden administration’s proposed civilian Climate Corps, which it has said would create h