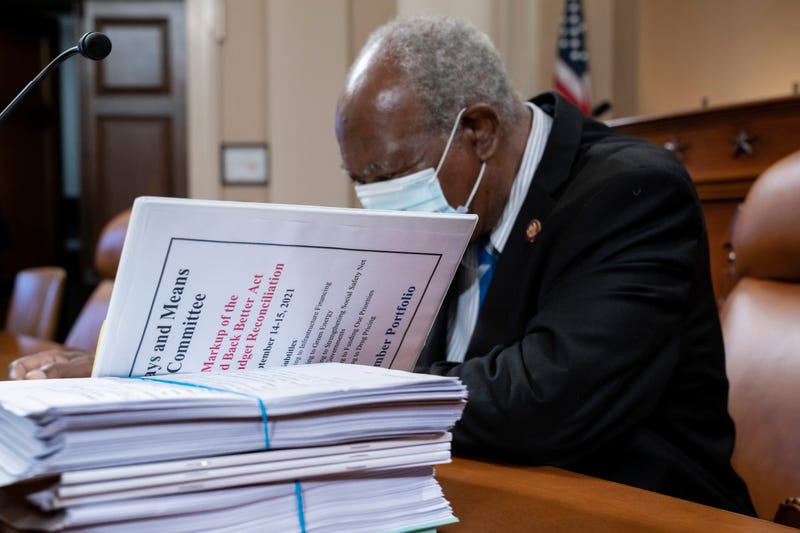 WASHINGTON (AP) — What will it cost to enact President Joe Biden’s massive expansion of social programs?

Congress has authorized spending up to $3.5 trillion over a decade, but Biden is prodding Democrats to fully cover the cost of the legislation — by raising taxes on corporations and the wealthy, negotiating the price of prescription drugs and dialing up other sources of federal revenue such as increased IRS funding.

The idea is that entire package should pay for itself.

Defending a bill not yet fully drafted, Democrats are determined to avoid a deficit financed spending spree. They are growing frustrated by the focus on the proposed $3.5 trillion spending total, arguing far too little attention is being paid to the work they are doing to balance the books. Biden on Friday said he would prefer the price tag described as “zero.”

“We pay for everything we spend,” Biden said at the White House. “It’s going to be zero. Zero.”

But the revenue side of the equation is vexing, and it’s emerged as a core challenge for Democratic bargainers as they labor to construct one of the largest legislative efforts in a generation. Their success or failure could help determine whether the bulk of Biden’s agenda becomes law and can withstand the political attacks to come.